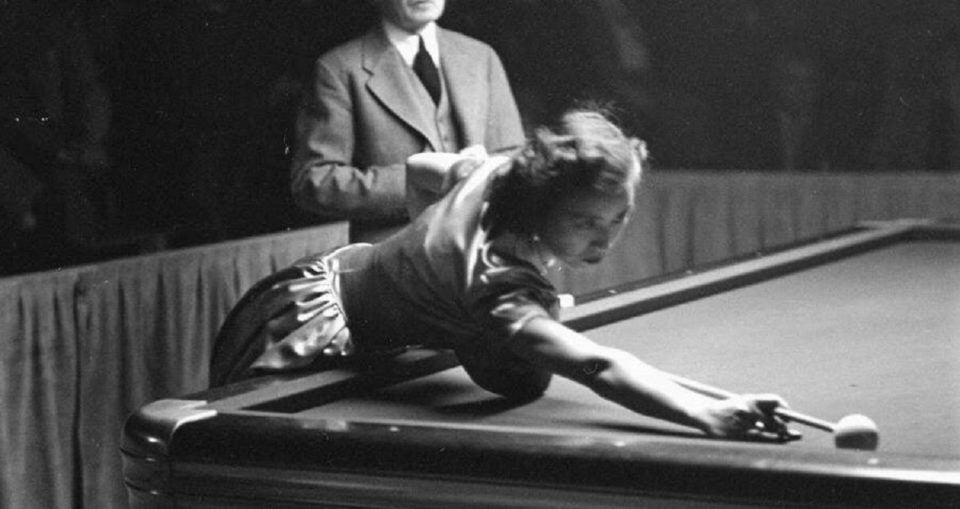 Masako Katsura is a notable Japanese athlete who was born on March 7, 1913, in Tokyo. She was titled “The First Lady of Billiards” since she was the first woman to compete in the World Three-Cushion Billiards Championship in 1952. Katsura was a legendary female billiard player who perfected a game that was previously solely played by males. She adored the game and used interviews and billiard exhibitions to urge more ladies to take up the sport. The achievements of Katsura and her encouragement of other women to play billiards during the 1950s, will never be forgotten.

Masako Katsura, also known as Katsy was born on March 7, 1913, in Tokyo, Japan. Katsura came from a strict family with one brother and three sisters. Her parents had given birth to her as the second kid. Tadako and Noriko, two of her younger sisters, also learned to play billiards and went on to play professionally. Katsura was introduced to billiards by her mother, as disclosed in one of the interviews.

Katsura’s mother encouraged her to do sports as a kid since she was physically weak, thus she was introduced to billiards. Katsura’s father, however, died when she was just 12 years old. Thereafter, she was sent to live with her older sister and her husband, Tomio Kobashi. Coincidentally, he owned a billiard establishment and taught Katsura how to play the game.

Katsura was sent to participate in contests with Japanese male players as her game improved. She began visiting China, Japan, and Taiwan with her sisters for contests when she was 15 years old. After she met Kinrey Matsuyama in 1937, her billiard career took off. He taught her about the finer points of the game as well as how to advance to a greater level of professionalism. Kinrey Matsuyama won a number of Japanese three-cushion championships as well as a national title in the United States in 1934. Katsura’s abilities improved under the direction of her new instructor. She was Japan’s sole female professional billiard player and a renowned player by 1947. In 1948, she placed second in Japan’s national three-cushion championship.

During an exhibition in 1947, Katsura met Verner Greenleaf, who was a master sergeant in the United States Army. At the time, Greenleaf was stationed at Tokyo’s Haneda Air Base, where he met Katsura. He felt attracted to her and asked her to teach him billiards skills. And it was during this course that the couple fell in love and decided to marry. On November 30, 1950, they tied the knot. Katsura did not have any child with Greenleaf, nor did she remarry after her husband’s death in 1967.

World War II impacted the lives of many just like Katsura’s sports career in the 1950s. Nonetheless, after the war, she began striving to reclaim her legacy by performing for Japanese troops. She amazed American troops with billiard feats, which earned her international acclaim. She was invited to compete by Welker Cochran, a USA champion, because of her abilities and elegance. After 1952 championship, Cochran came out after a seven-year retirement to play a game with Katsura in her exhibition tour. Many fans eagerly waited for the duo to play the game at the Garden City Parlor in San Jose on 1952 and enjoyed both the champions play against each other.

The First Lady of Billiards

In the United States, Katsura teamed up with Welker Cochran to promote women’s participation in billiards. Unfortunately, the media focused more on Katsura’s gender, and one newspaper even referred to her as “a true Japanese Cue-tee”. Professional billiard players, on the other hand, revered Katsura’s game and treated her as such. She was the first woman to compete in an international billiards competition in 1952, earning her the title of “first lady of billiards.” She gradually rose to prominence as the face of billiards across the world. She ranked first in practically every international tournament in the 1950s, winning them all regardless of gender or age.

In order to encourage women to play billiards, Katsura appeared on TV shows and participated in billiard exhibitions. She had even authored two books dedicated to the game and made many public speeches. However, she lost her last game while playing against Harold Worst in 1961 and took retirement thereafter. She was not seen on television or in public events afterwards. She spent her last days with her sister Noriko and died in 1995.