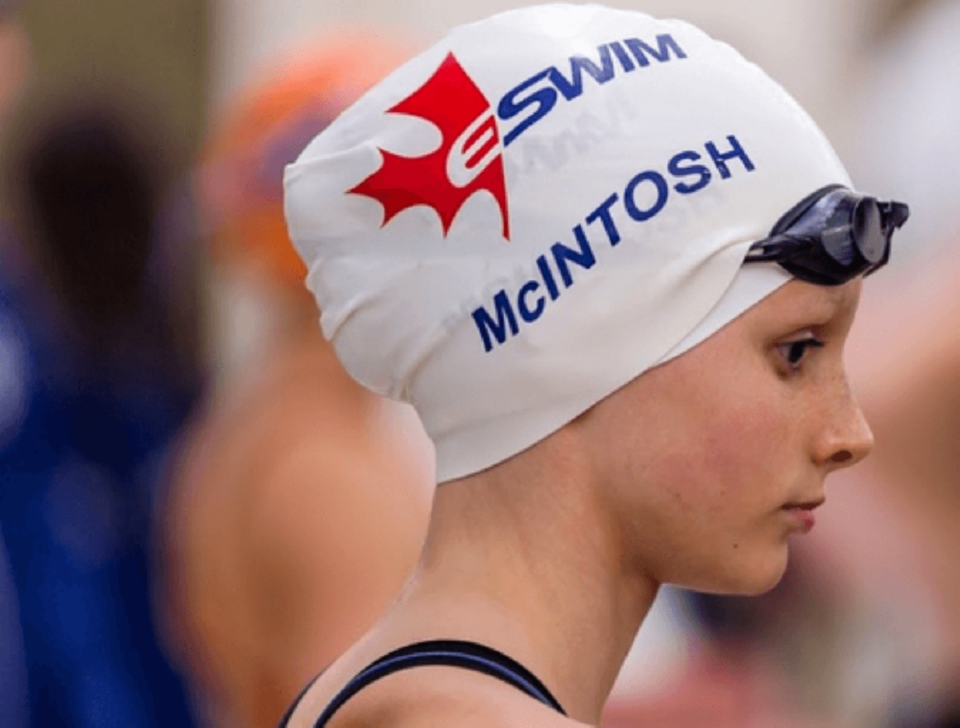 Summer McIntosh is a competitive Canadian swimmer who is from a family of athletes. Her mother Jill Horstead is a former team swimmer for Canada and her sister Brooke competes professionally in figure skating. Let’s find out more about this Canadian phenomenon.

Summer McIntosh: All You Need To Know

How did Summer McIntosh qualify for the Olympics?

After a year of heartbreak and struggle, 14-year-old Canadian swimmer Summer McIntosh qualified for the 400m freestyle final after setting the fifth fastest time in the prelims on Sunday.

The teenage phenomenon finished behind American swimmer Katie Ledecky – who won the race – in a scorching 4:02:72, breaking a Canadian national record in the event. McIntosh has had a hot streak in recent months after a difficult year that saw his longtime coach die and his father diagnosed with cancer.

“I’m still processing everything. It doesn’t seem real yet, ”said McIntosh a few days before finishing her record breaking win. She said she was very pleased to see her hard work come to fruition and had her faith in hard work emboldened by the fact that she broke the record.

Who did Summer McIntosh beat in the Olympic trials?

At the Canadian Olympic trials in June, she edged quadruple Olympic medalist Penny Oleksiak in the 200m freestyle. In practice, she also won the 800m freestyle. She also made history in May by recording the fastest ever time for a 14 year old female swimmer in the 400 m freestyle event.

What issues did Summer McIntosh face on her road to the Olympics?

Despite her recent success, McIntosh’s road to the Olympics has been tough. Her trainer, Kevin Thorburn, died in April 2020 and in January her father was diagnosed with cancer. McIntosh’s mother, Jill – a Canadian swimmer at the 1984 Olympics – explained how the moment of Thorburn’s loss at the height of the pandemic made it “very difficult” for her swimmers to mourn her death.

Summer McIntosh has always praised her former coach and has said on numerous occasions that she will always carry all of her teachings throughout her career.

Summer’s father Greg added that he is incredibly proud of all his daughter has accomplished in the face of adversity.

“I’m really proud of the way my kids handled [my diagnosis], taking it one day at a time and really focusing on what they can control and letting the rest take its course,” he said. -he declares.

What is next for Summer McIntosh?

Summer McIntosh will feature the 400m freestyle final and the 200m preliminary rounds on Monday.

14-year-old swimmer Summer McIntosh qualified for the Tokyo Olympics after setting a record time for her age group in the 200 freestyle at Swimming Canada trials on Sunday in Toronto. McIntosh set a time of 1:56.19, a record for Canadian female swimmers who are 13-14 years old. On the way, McIntosh managed to beat Canadian swimming sensation Penny Oleksiak, who finished with a time of 1: 57.24. Both will compete at the Games this summer.

What did Penny Oleksiak say about Summer McIntosh?

Penny Oleksiak, who has already experienced the Olympics during 2016 in Rio said that she was going to approach the 2020 Olympics in Tokyo with the same mindset that she approached the Rio Olympics in 2016. Even though she went to the Rio Olympics with the mindset of just having fun and she is a bit more focused on getting medals in Tokyo, she still plans to enjoy her time at the world’s greatest sporting extravaganza.

Oleksiak also had good words for Summer McIntosh, revealing that she hated training with her since she never runs out of energy.

“Summer always goes all out, without putting on the brakes, and it’s great to watch her swim”, she added. Oleksiak went on to add that her biggest rival was Summer McIntosh herself. Speaking about the young swimmer, Oleksiak said: “It is sometimes frustrating, but above all inspiring and motivating to see your discipline at work. I love it.

What were the expectations from Summer McIntosh before the Olympics?

McIntosh’s performance is particularly encouraging in view of the Olympics, where her young age and speed will make her one of the Canadian athletes to watch in what will obviously be her first Games.

It is the best time of her career and the 6th in the world this year. Prior to that, McIntosh clocked a personal best time of 1: 57.65. Katie Ledecky, 24, of the United States and five-time Olympic gold medalist, posted the best time this season at 1: 54.40.

How has Penny Oleksiak helped Summer McIntosh get better?

Summer McIntosh has admitted that having the chance to work with Oleksiak in training gave her confidence in her abilities. McIntosh has also said how much Penny Oleksiak’s encouragement has helped her with her growth as a swimmer.

In Tokyo, McIntosh intends to use her past experiences in figure skating, where mistakes cannot be forgiven, to evacuate nervousness. Let’s not forget, if you fall during figure skating, you lose points and everybody judges you while there is no such issue in swimming. As long as you are fast enough to win the race, nobody is going to be really bothered with a few wrong strokes here and there.

For now, it is the swimming pool and not the ice rink that awaits it. She will resume training at the University of British Columbia’s Aquatic Center, which includes the Vancouver High Performance Center, before flying to Japan on July 23.

Two other Canadians joined Summer McIntosh for their maiden Olympic journey. Kelsey Wog also secured her Summer Games pass later in the day with a strong performance at the Olympic Trials for the International Amateur Swimming Federation (FINA) in Portugal. Wog won the 100 metre breaststroke with a time of 1: 06.77. In Tokyo, she will participate in her first Olympics. Along with Summer McIntosh, these young guns are expected to carry Canada’s flag in the swimming pool for many years to come.