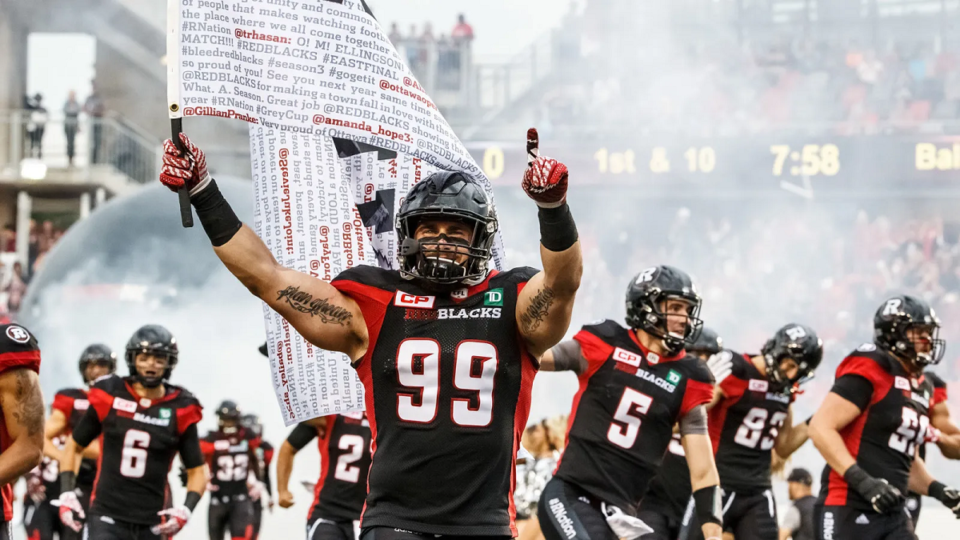 The Ottawa Redblacks are Ottawa’s Canadian Football League (CFL) franchise. They are known as Le Rouge et Noir d’Ottawa in French. The popular team plays in the CFL’s East Division and is the city’s third CFL team. The Ottawa RedBlacks started their life as a franchise in 2014. They were known as the Ottawa Rough Riders from 1876. They were also one of the founding teams of the Canadian Football League (CFL) in 1958 and they were active till 1996. After that, the franchise was discontinued and Ottawa didn’t have a CFL team until 2002 when the Ottawa Renegades were formed. However, that franchise only lasted for three seasons. The Rough Riders were renamed as the RedBlacks and started playing in the CFL from 2014. The team won the Grey Cup in 2016, ending a 40 year old drought for Ottawa. Let’s find out more about the team.

Ottawa RedBlacks: All You Need To Know

What happened during the initial days of the Ottawa RedBlacks?

The RedBlacks announced Marcel Desjardins as the first ever GM of the Ottawa RedBlacks. Desjardins went on to select a formidable staff for himself. He chose Montreal Alouettes scouting director and New York Jets pro scout Brock Sunderland for the post of his assistant General Manager. For the head coach position, Desjardins chose Rick Campbell. Rick Campbell has illustrious CFL genes as his father was Edmonton Eskimos legend Hugh Campbell, who guided the Eskimos to five straight Grey Cups between 1978 and 1982.

The RedBlacks also drafted four NCAA players who were redshirted from the NCAA season. The team held the 9th, 18th, 27th and 36th picks in the 2013 CFL Draft. The team selected Nolan MacMillan from Iowa, Connor Williams from Utah State, Kalonji Kashama from Eastern Michigan and Tyler Digby from Robert Morris.

“Let me wipe the tears out of my eyes.”

— Rick Campbell, before addressing the media on a windy, cold Nov. 14.

— Campbell, when asked why his availability wasn’t done inside.

“No, he’s a pretty consistent guy. Trevor is a fun guy to be around and a good quarterback because he prepares every week and does a great job every week. He’s been doing well this week, which is no surprise.”

— Campbell, when asked if he has noticed anything different about Trevor Harris in his preparation this week.

“It is, but I know it’s not to you guys. I know that, so that can become a distraction if you treat it as just another game and know that it’s not for other people. But I’m not going to try harder this week, because I try as hard as I can every week. I’m going to prepare the way I have this year, and I’m going to keep getting better and expect greatness from myself.”

— Trevor Harris, when asked if this is “just another game” to him.

“I don’t think I’m as physically gifted as Michael Vick or anything like that. When I come out here I rely on my preparation, my timing, my anticipation and my accuracy.”

— Harris, on his thorough preparation for games.

— Harris, when asked if he likes the big stage.

“See you next week.”

— Harris, on what he was thinking while he watched Hamilton manhandle B.C. in the semifinal.

“This is the game that truly matters,”

“Last year we struggled finishing those close games and we started out 1-6 because of it. This year we’ve been able to finish those games for the most part, and I think that’s a confidence boost for our team, knowing that when it’s the fourth quarter, we’re not going ‘uh oh’, we’re saying ‘let’s go.’

— Harris, on the growth of Redblacks in the last year.

— Harris, asked why he has the reputation of falling short in big games.

“After the game sometimes, it’s one of those things where you say, ‘I wonder what they’re going to say now?” You know that there’s always a next step. When this one is done it’s going to be ‘well can he do it in the Grey Cup?’ And you win the Grey Cup it’s like, ‘can he do it twice?’ It’s always going to be something to answer, and that’s great. That’s the beauty of sport. To say it drives me would be a lie. What drives me is Brad Sinopoli, Grey Ellingson, SirVincent Rogers, Alex Mateas … etc,etc, etc. Those guys drive me to be the best I can be. I don’t want to let them down.”

— Harris, asked if he uses the doubters as motivation.

“He’s always been very, very good. I think he’s always been elite. Sometimes labels get tossed around, and it’s up to us as players to break that. We don’t agree with any of that stuff that they say about him.”

“It’s hard. It’s very hard. There’s a lot of familiarity. It’s like going against your defence every day. It’s hard to get the better of them. That’s just something that in the CFL, you kind of get used to. The playoffs are a little different too. A lot of stuff goes in, a lot of preparation. I think both teams aren’t worried about the record.”

— Sinopoli, on the difficulties of beating a team four times in one season.

After much fanfare, the Ottawa RedBlacks made their CFL debut in a regular season road game against the Winnipeg Blue Bombers on July 3rd, 2014. The RedBlacks got off to a fantastic start and scored three touchdowns in their first three possessions. The  Red Blacks had to wait for two weeks to register their first ever win. Thankfully, it was at their home opener where they scraped past the Toronto Argonauts 18-17. However, that proved to be 50% of all their wins that season as they only won two games overall and ended the season with a dismal 2-16 record. However, the life of expansion teams is never easy, so they performed more or less as expected.

Despite the poor first season, the Ottawa RedBlacks bounced back well in their sophomore season. In 2016, the Ottawa RedBlacks went on to capture the Grey Cup, the first ever title for an Ottawa based team since 1976 and the first title for the new franchise. They won a thrilling game which went to overtime. They beat the highly favoured Calgary Stampeders 39-33. This was the third overtime game in Grey Cup history.

The 2017 season looked hopeful for the defending champs. However, they lost star Henry Burris to retirement. Key role players like Kienan LaFrance and Ernest Jackson signed with other teams in Free Agency. Because of that, the RedBlacks failed to have a successful season and only finished with an 8-9-1 record. They finished second in the East Division behind the Toronto Argonauts. They fell to the Saskatchewan Roughriders in the East Division semifinal, bringing an end to the injury riddled season. The RedBlacks bounced back strong in the next season as they won their division and made it to the Grey Cup once again. However, the Calgary Stampeders (in their third straight Grey Cup appearance) emerged victorious this time. However, it was very evident that despite being a very new franchise, the Ottawa RedBlacks had quickly become a formidable team in the CFL.