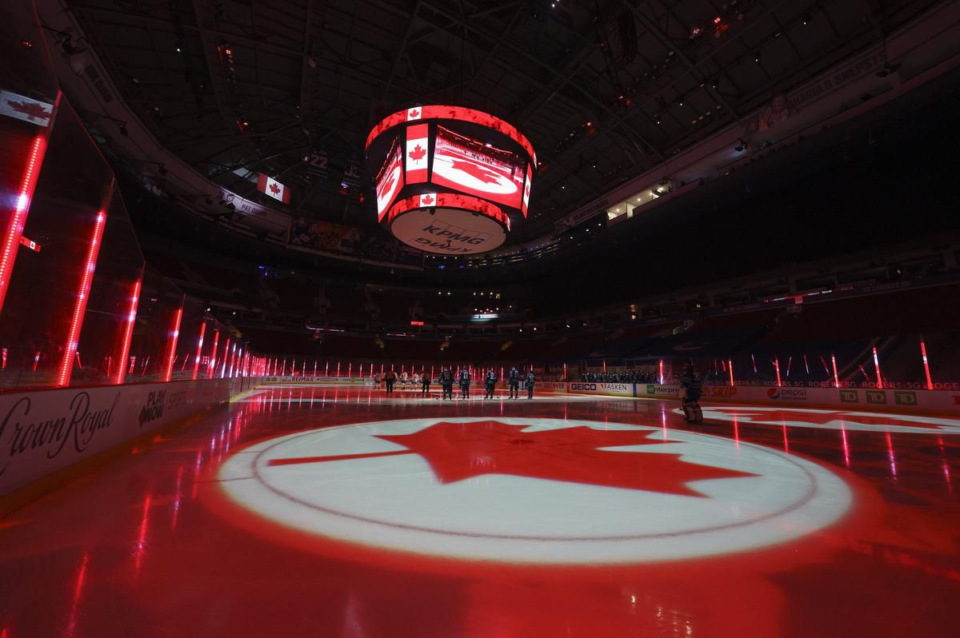 Canada as a country is totally sports crazy. Aside from the obvious craze of ice hockey, Canadians love a lot of other sports as well. While Canada is a generally cold country, it still doesn’t stop people from enjoying sports. Sports are an integral part of Canadian culture and in this post, we will take a look at the most popular sports in Canada. Let’s get started.

Popular Sports In Canada: All You Need To Know

Ice Hockey is synonymous with sports in Canada. It is the most popular sport of Canada by far and most Canadians love it. Canada also features some of the most successful teams of the National Hockey League (NHL), the most prestigious ice hockey league in the world. There are currently six Canadian teams playing in the league: Montreal Canadiens, Toronto Maple Leafs, Edmonton Oilers, Calgary Flames, Ottawa Senators, and Winnipeg Jets.

The Montreal Canadiens have won the NHL title the most number of times. They have appeared in 34 finals and lifted the Stanley Cup a staggering 24 times. The second highest number of Stanley Cups has also been lifted by a Canadian team. The Toronto Maple Leafs have appeared in 21 finals and won the Stanley Cup 13 times. Some of the sport’s all time greats like Wayne Gretzky, Maurice Richard, Gordie Howe, Bobby Orr, Mario Lemieux, Henri Richard, Bobby Hull and Sidney Crosby are all from Canada.

Ice Hockey is the national sport of Canada. Two teams of 6 players (5 players + 1 goalkeeper) face off on an ice rink directing the puck with the stick towards the rival goal to score a goal.

Interestingly, the CFL Championship game is one of the biggest sporting events in Canada, attracting many spectators.

According to a 2014 report, approximately 33% of the Canadian population tunes in to watch the Gray Cup.

While Canada is not a force to be reckoned with in the world of Basketball, the sport as a matter of fact, was invented by a Canadian, James Naismith in 1891. Today it is very widespread at the school and university level.

Being an indoor sport, it can also be practiced during the icy Canadian winter. At the professional level, currently, only one Canadian team (Toronto Raptors) is playing in the best league in the world, the NBA. Led by superstar Kawhi Leonard, the Toronto Raptors won their maiden NBA championship in 2019.

One wonders what the 20 players on the field are trying to do, handling a stick that has a kind of basket on the top and trying to intercept a rubber ball that we can barely distinguish. Well, this sport dates back to Native Americans and was officially defined as a federative sport in Canada in 1867. Most Canadian colleges and universities have their own facilities and participate in regional and national competitions.

Influenced by its neighbour down south, baseball is also widely played in Canada, especially during the summer. It has steadily become one of the most popular sports in Canada. Currently, only one Canadian team, the Toronto Blue Jays, plays in the Major League Baseball (MLB), considered the most prestigious baseball league in the world.

Soccer, or “football” as it’s rightfully called everywhere outside the US and Canada, is the most popular sport in the world. However, it doesn’t quite enjoy the same level of popularity in Canada. Canadian soccer fans don’t need to hang their heads low though, its rise in popularity in recent years has been unstoppable and more and more girls and boys are choosing ” soccer ” as their main sporting activity. The Canadian women’s absolute national team is one of the best teams worldwide, having won a bronze medal in the last two editions of the Olympic games.

One of the most popular sports in Canada, Curling is definitely one of the strangest sports to watch. What exactly are these people doing sweeping the ice with giant brooms? Another curious sport where they exist. A horrifying but quite illustrative definition would be a kind of hybrid between English bowling and petanque, all on ice. It came to Canada through Scottish immigrants. In 1807 they founded the Royal Montreal Curling club, which is the oldest sports club (not just curling but of any sport) in all of North America.

In wrestling, we basically have to try to defeat our opponent by using braces and projections. Greco-Roman wrestling is very popular as a school sport in Canadian high schools and universities. Canadians really love wrestling and it is definitely one of the most popular sports in the country.

At a competitive level, in the freestyle category, Daniel Igali is a national benchmark who won the gold medal at the Sydney Olympics in 2000.

Canadians haven’t just made a mark in amateur wrestling, some of the greatest professional wrestlers in history are also Canadian. Superstars such as Bret “The Hitman” Hart, Chris Jericho, Edge, Trish Stratus, “Rowdy” Roddy Piper, Christian, Natalya and Kevin Owens are all Canadian.

So these are the most popular sports in Canada, which of these do you enjoy the most?