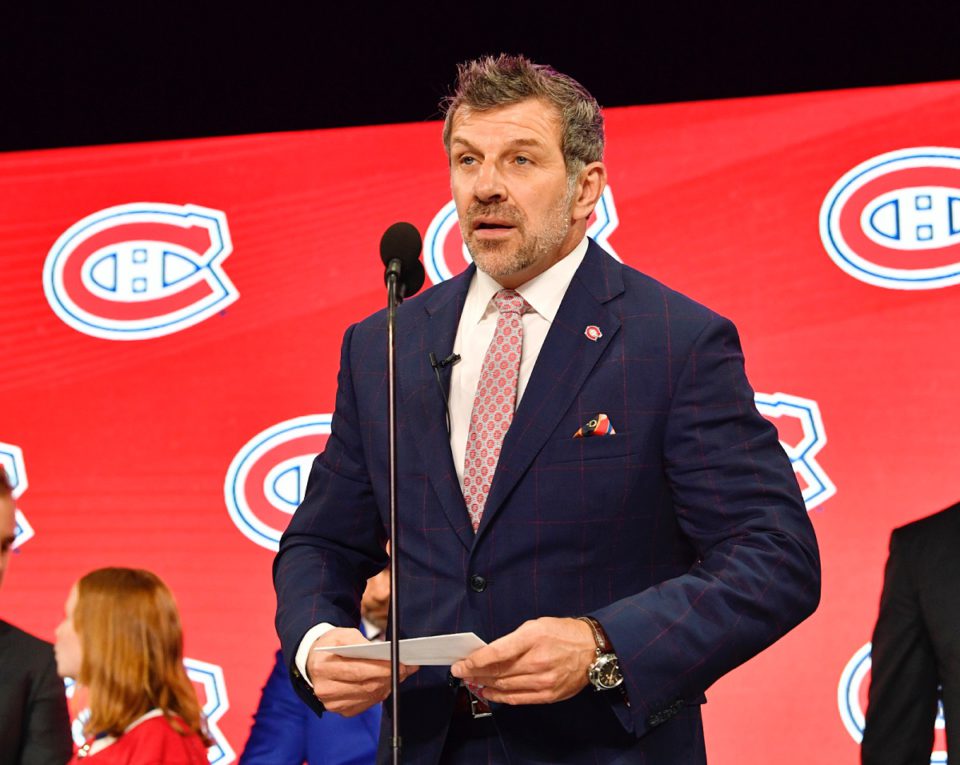 The Canadiens’ difficult start to the season finally got the better of Marc Bergevin. While the rumor mill was racing, the Montreal club announced the dismissal of its general manager, on November 28th of 2021 by means of a press release. Faced with the difficult start to the season for his team, Geoff Molson hoped for a while that the tide would turn. But the situation continued to deteriorate and the owner of the Montreal Canadiens felt the need to clean up his organization. The firing of General Manager Marc Bergevin, the Director of Recruitment Trevor Timmins, and Senior Vice President, Communications Paul Wilson was inevitable. But in this article, we take a look at the life and career of Marc Bergevin exclusively to bring you to why he was recruited as manager, back in 2011.

1. Marc Bergevin was the 17th general manager of the Montreal Canadiens:

On May 2, 2012, Marc Bergevin became the 17th general manager in the history of the Montreal Canadiens. The former hockey player from the Pointe-Saint-Charles neighborhood in Montreal has spent more than 10 seasons with the Chicago Blackhawks, including the last campaign (2011-2012) as assistant manager General Stan Bowman.

After his retirement from the NHL, Bergevin worked for the Chicago Blackhawks (from 2005 to 2008) as a professional scout (pro scout) and director of scouts.

On October 16, 2008, he was named assistant coach for the Blackhawks (after three seasons with their scouting staff) by new head coach Joel Quenneville.

After a year as an assistant coach, Bergevin accepted, in the summer of 2009, the position of personnel manager for the Chicago Blackhawks.

The Blackhawks took home the Stanley Cup in 2010 with Bergevin.

3. In July 2009, Bergevin was appointed the team’s director of player personnel:

Bergevin served as director of player personnel for the Blackhawks for the previous two seasons (2009-2011), winning the Stanley Cup in his first season in that role in 2009-2010. In the 2008-09 season, Bergevin moved behind the Blackhawks bench when he was one of the assistants to head coach Joel Quenneville. He previously spent three seasons with the Blackhawks recruiting squad (2005-2008), including one season as professional recruiting director (2007-2008).

4. Playing career with the Blackhawks:

Did you know? Bergevin played junior hockey in his youth with the Chicoutimi Saguenéens in the QMJHL, playing 136 games from 1982 to 1984. He even played in the 1978 Quebec International Pee-Wee Hockey Tournament which included J. J. Daigneault and Mario Lemieux.

“I made this decision because it was necessary. Our beginnings to the season were unacceptable and something had to be done to change direction. I have no choice but to make these changes in order to improve the structure of our hockey operations”, team owner Molson said during a press briefing in Brossard.

The training’s failures finally convinced Molson to move. It was last week that he took the steps to succeed Bergevin, who had been in office since 2012.

“Marc and I worked side-by-side for over 10 years. We’ve been through a number of ups and downs, which has contributed to this very strong relationship between us that continues, ”Molson said. There are several very good things that Marc and his team have accomplished for this organization. More recently, the team had an amazing run in the playoffs last summer. The team was one that Marc built”, continued Molson.

“Having said that, the team has had several consecutive seasons with average performances and we also came to a very near elimination early in the last series against Toronto”, he continued.

It is for this reason that concluding a third long-term contract with Marc as Managing Director required more time to reflect. Bergevin was in the last year of his contract with the Habs. Discussions surrounding a possible renewal took place over the summer. But Molson wanted to take his time to see if Bergevin was still the man for the job. And according to him, that was no longer the case.

6. A new start begins with his old team:

By thanking Marc Bergevin, Timmins, and Wilson, the owner of the Canadiens wants to turn the page on an era so that a new one can begin. “I fundamentally believe that this organization needs a fresh start. Not that much at the team level, but the management level. On the ice, we have a team that is much better than the results show, he explained”.

Former general manager of the New York Rangers, Jeff Gorton has therefore been appointed executive vice-president of hockey operations, a new position in the organizational structure of CH.

Marissa Miller- All About the Victoria’s Secret Supermodel