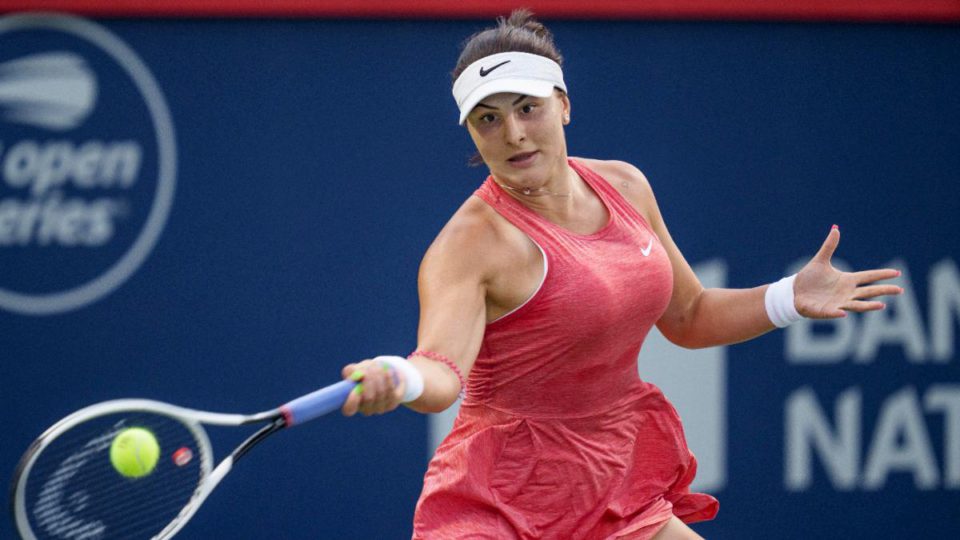 Bianca Andreescu was born on June 16th, 2000 in Mississauga, Ontario. She is a Canadian professional Tennis player having a high career ranking of No. 4 in the world. She is also the highest-ranked women Canadian Tennis player. Andreescu was the US and Canadian Open champion in the year 2019, for which she defeated Serena Williams in both tournaments. After which, she became the first Canadian player to win the title after 50 years. She was also the first player to win the major singles title as a teenager after Maria Sharapova.

Bianca started playing Tennis in her parents’ home country Romania before returning to her country of birth, Canada.

Bianca’s parents emigrated from Romania to Canada in the year 1994 when her father started working as a mechanical engineer in the country, and her mother moved back to Romania when Bianca was 6 years old so that she can start her own business. After two and half years of running their own business, they moved back to Canada after which her mother started working as a chief compliance officer at a financial services company. Bianca started playing Tennis at the age of 7 in Pitesti. She began her coaching from Gabriel Hristache, a friend of her father. After returning to Canada, she started her training at Ontario Racquet Club in Mississauga before moving to the under-14 national training centre in Toronto, operated by Tennis Canada when she began serious training at the age of 12.

She is supported by her Canadian and Romanian Fans due to her Romanian Heritage. She once said, ‘I’ve definitely got a lot of love from all the Romanian media, which is nice. It’s nice to have two fan bases, Canada and Romania’. She lived in Romania for 2 and half years when she was a child, after which she visited Romania annually to meet her grandparents whom she got raised in part as a child. She stated that she did not have a favourite tennis player while she was growing up, however, Simona Halep has been her favourite at times due to her style of play which is similar to Bianca’s style of play and also she is a Romanian.

Bianca had the highest junior career ranking of No. 3 in the world in early 2016. She had great success as a junior by winning Les Petits As, a very prestigious under-14 tournament in 2014. she also won the under-16 Orange Bowl becoming the fourth Canadian in a row to win the event.

In the year 2015, she moved to higher-level events winning both singles and doubles title at the Conrod De Plata tournament in Bolivia.

She began playing in the ITF circuit in the year 2015. In 2016, she missed most of the first half due to injury. After she returned she had success in the ITF events in Canada, she won her first ITF title in August 2016. Bianca won two more 25k$ titles in early 2017, which helped her break into the top 200 of the WTA ranks.

In the year 2019, she won the first premier Mandatory title, the teenage US open, and ranked world no. 4

She missed the first few months of 2020, including the Australian Open due to her knee injury, after which several seasons were cancelled due to the pandemic.

Strength being her key in the game, Bianca gets in various shots in the play. She rarely hits two same-style shots in a row which makes her opponent challenging to judge her shots. The power and variety of shots bring her appreciation from fans.

From winning her first title in 2014 to winning the US Open in 2019, Bianca has made it to multiple tournaments and given it her best. She has a win-lose percentage of 65%. She has a total of 3 career titles and has made her appearance at different finals 6 times.

Andreescu returning to the Australian Open

In the year 2021, she didn’t prepare enough for the Australian Open due to spending two weeks in quarantine after landing in Melbourne due to the pandemic. After which she won the first round and got defeated in the next round. She decided to take a break from Tennis and concentrate on her mental health and well-being.

Now she is all set to be back at the Australian Open and set to make her third main draw appearance at Melbourn Park as this time she won’t be in any Quarantine and looking good to achieve some success in the tournament.

She speaks fluent Romanian as she travels with her parents annually to Romania to visit the rest of her family.

Bianca took a Break to concentrate on her mental health and well-being after she got defeated in the second round of the Australian Open, in the year 2021. After which, she is all set to make a comeback in the 2022 Australian Open.

Bianca’s Net worth is said to be $2,417,873. She is also said to be the 5th highest-paid female athlete in the world, earning 8.9 million dollars out of which $4 million comes in endorsements.

The 22-year-old has openly started her love for Vegan and cruelty-free products as this helps her diet and physical and mental health.