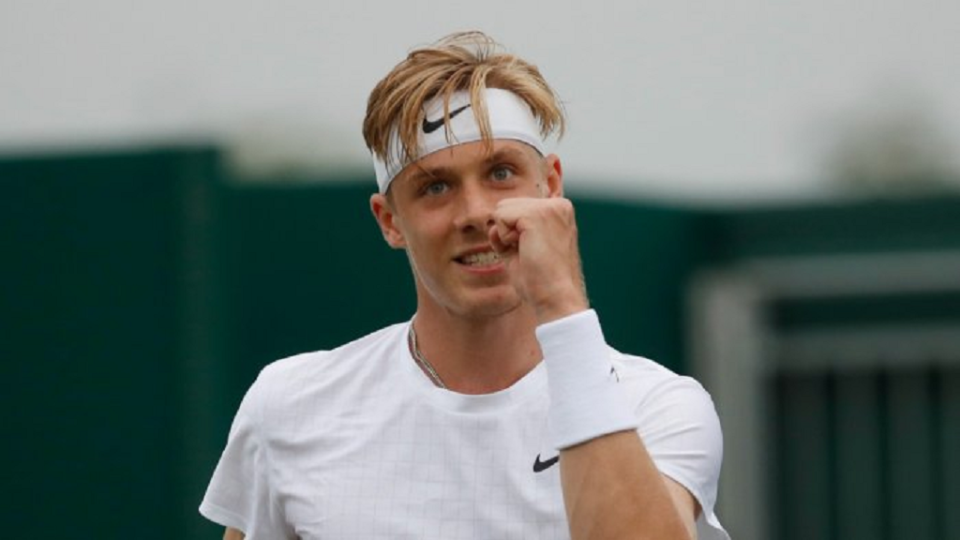 Denis Shapovalov is a swiftly rising star in the world of tennis. The young Canadian stud has risen to a career high ranking of number 10 on the ATP Tour. In 2018, he became the youngest player to enter the ATP top 30 rankings. Even today, he is the 10th youngest player in the ATP to 100. Let’s find out more about him.

Denis Shapovalov: All You Need to Know

When was Denis Shapovalov born?

Shapovalov is the son of Viktor Shapovalov, a Russian businessman, and Tessa Shapovalova, who is part of his staff. His parents left Russia for Israel where he was born. He was only 9 months old when his family moved to Toronto, Canada. It is in the Canadian city that he started playing tennis, at the age of 5. He has a brother, Evgeniy.

Which countries can Denis Shapovalov represent?

Shapovalov is Canadian. He has been on Canada’s Davis Cup team since 2016. He could also have represented Israel or Russia.

How tall is Denis Shapovalov?

Where does Denis Shapovalov live?

While he can represent Russia, Israel or Canada in international tennis, he currently lives in Nassau, Bahamas Islands, located south of Miami, Florida.

Who is Denis Shapovalov coached by?

His coaches are his mother, Tessa, who runs an academy in Canada, and Mikhaïl Youzhny, former number eight in the world, with whom he has been working since August 2019. He was one of the favorite players of the Canadian.

“Misha was one of the players I admired when I was very young. He was one of the first players I was photographed with… It’s pretty crazy working with him to get to know him as a person and as a coach. And I feel like he’s helped my game so much. He’s made me a smarter player. I feel like he was very smart when he was playing. He was fair, his positioning, the way he read the game, it’s just another level for me. “

Which was Denis Shapovalov’s breakthrough year?

In 2017, at the Masters 1000 in Montreal. Shapovalov, then 143rd in the world and wildcard of the tournament, successively eliminated Rogerio Dutra Silva, Juan Martin Del Potro, world number 2 Rafael Nadal , and Adrian Mannarino before giving in in the semifinals against Alexander Zverev.

A few weeks later at the US Open, he came out of qualifying then eliminated Daniil Medvedev, Jo-Wilfried Tsonga, Kyle Edmund. Pablo Carreno Busta stopped him in the round of 16, which was his best Grand Slam result before the 2020 US Open, where he lost in the quarterfinals against Pablo Carreno-Busta.

How has Denis Shapovalov performed as a pro on the ATP tour?

Denis Shapovalov won a title on the main circuit in 2019 in Stockholm. He won against Serbian Filip Krajinovic in the final. In the process, the Canadian reached the final of the Rolex Paris Masters, where he lost against Novak Djokovic.

Which are some other sports that Denis Shapovalov plays?

He said if he hadn’t been a tennis player he would have liked to be an ice hockey player. He is a supporter of the Toronto Maple Leafs. For him, Wayne Gretzky is the greatest sportsman of all time.

Is Denis Shapovalov a music artist as well?

Denis Shapovalov has expressed his love for rap music on many occasions. His track “Drip” has a decent amount of views on YouTube. His music artist name is Shapo Music.

What is Denis Shapovalov’s mother’s role behind his success?

If there is one person to thank for this new Canadian tennis star, it is his mother Tessa, a Soviet tennis coach and former player, who introduced Denis to the sport when he was five years old. She even opened a tennis school near Toronto to allow her son to train near his home rather than entrust him to Tennis Canada.

You have to believe the strategy worked: Shapovalov won the junior doubles championship at the 2015 US Open alongside Félix Auger-Aliassime, and followed it up with the junior singles title at Wimbledon the following year.

Is Denis Shapovalov the next Canadian tennis star?

With Milos Raonic who is often injured and Eugenie Bouchard who never found the magic of her 2014 season (she went from 5th to 70th rank), Shapovalov seems on his way to becoming the new star of Canadian tennis. And he has great champions among his fans: Wayne Gretzky and Penny Oleksiak had come specially to cheer him on this week.

What is Denis Shapovalov’s net worth?

The young Canadian tennis phenom has made his money through tennis and off the court endorsements. As of 2021, Denis Shapovalov’s net worth is $7 million.

How did Denis Shapovalov fare at Wimbledon 2021?

Denis Shapovalov reached the semi-finals at Wimbledon for the first time in his career. It is also the first time that he has reached this stage of Grand Slam competition. On his way, the Canadian eliminated Kohlschreiber, Andujar, Murray, Bautista Agut and Khachanov. He lost to world number one Novak Djokovic in the semifinals of the London tournament (7-6, 7-5, 7-5).

What did Novak Djokovic say about Denis Shapovalov?

20 time grand slam champion and 2021 Wimbledon Champion Novak Djokovic sang high praise for the talented Denis Shapovalov after defeating him in straight sets during a closely fought match in the semi final. The loss resulted in Shapovalov leaving the Centre Court in tears.

Winning against one of the greatest players of all time is not the easiest thing to do and Shapovalov was unable to do so. Shapovalov lacked the experience to make the right decisions during key points in their match.

However, during the process, he impressed many people and most importantly, Djokovic himself. The Serbian tennis legend said this about Shapovalov:

“He was serving for the first set, probably the better player for most of the second set and had many chances.

“I’d like to give him a big round of applause for everything he has done today and also these few weeks.

“This has been his first semi-final of a Grand Slam. You could see he was emotional, we will see a lot of him in the future, he (Denis Shapovalov) is a great player.”

Queen’s Plate 2021: All The Details and Interesting Facts!