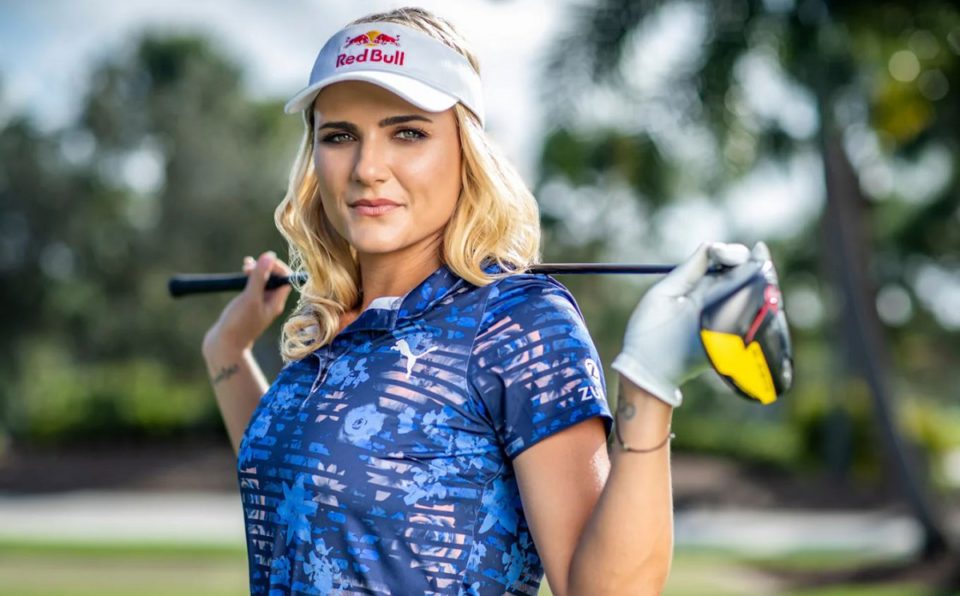 Alexis Noel Thompson is a renowned professional American golfer who plays for LPGA Tour. She was born on 10th February 1995 in Coral Springs, Florida. She was the youngest golfer to have qualified in the history of the USA to play in the US Women’s Open when she was only 12 years old. She started playing professionally in the summer of 2010 at the age of 15.

In September 2011, Lexi set a record as the youngest winner of an LPGA tournament when she was 16 years old. 3 months later, she also got the title of the second-youngest winner of a Ladies European Tour event, defeating the Dubai Ladies Masters by four strokes on December 17, 2011.

She won her first major championship at the age of 19 in 2014 at the Kraft Nabisco Championship. This win gave her the title of the second youngest LPGA golfer to win a major, and she still ranks in the top 5 as of 2022.

She is 6 feet tall. She turned into a professional player in the year 2010 and has had 15 big wins until now.

In 2018, she openly spoke about some of the struggles she had with her body image which led her to have a very unhealthy fitness routine. She rescued a dog the same year as she was going through a rough patch in life, and wanted a mental health break.

Lexi was only 12 years when she qualified for the USA Women’s open in 2007. she shot 86-82 and failed to cut the tournament, and the record was made by surpassed by Lucy Li in 2014. In 2007, Lexi won the title of Aldila Junior Classic to become the second-youngest winner in American Junior Golf Association. She also won the title of Westfield Junior PGA Championship and bagged the trophy for the youngest winner in Junior PGA Championship history.

Lexi won the title of US Girls junior in 2008. She qualified again for the US Women’s Open where she shot 75-77 and failed again to make the cut, by two strokes.

She qualified again the following year in 2009 for the US women’s Open and made the cut this time, finishing tied for 34th. Later that year she Monday qualified for the Navistar LPGA Classic, where she shot 65 in the first round and finished tied for 27th, 12 strokes before the winner, Lorena Ochoa.

In the second half of 2010, Lexi Thompson was no longer an amateur. Earlier that year, she played in the Women’s Australian Open, where she completed T16 (+3), 12 strokes behind the winner, Yani Tseng. She won the 2010 Kraft Nabisco Championship, finishing T24, +2 (74-72-73-71=290), 15 shots behind the winner, Yani Tseng. She also bagged the trophy in 2009 Verizon Junior Heritage after a sudden-death playoff with Laetitia Beck. She represented the winning United States team in the Curtis Cup competition and won four matches and tied for a fifth.

Lexi Thompson announced in June 2010 that she will be playing as a professional. She also decided to sign sponsorships with COBRA-Puma golf and Red Bull. As she did not have the status of an official LOGA tour member, she mostly relied on sponsorships to get entry into tournaments.

She played a total of three more events on the LPGA Tour in 2010, losing the matches at the CN Canadian Women’s Open, and finishing T16 and T57 in two other events.

She began playing one-day matches in October on the Fuzion Minor League Golf Tour, a developmental tour aimed at men trying to move up to the next level of professional golf.

Lexi started playing against women in February 2011 at the Women’s Australian Open and ANZ Ladies Masters. She won one Fuzion tour event in February. In 2011, Thompson’s first LPGA tournament was the Avnet LPGA Classic, with a sponsor’s exemption. She was tied for the lead with Song-Hee Kim after playing 3 rounds.

In her fifth LPGA tournament she played in 2011, the Evian Masters where she finished tied for 36th. In August, she finished T31 at the Safeway classic but lost the match at the Canadian Women’s Open. She won her first LPGA tournament of the Navistar LPGA Classic in September. She officially became the youngest women winner of any LPGA tour at the age of 16. In December 2011, she won the title of Dubai Ladies Masters, making her the y. youngest professional winner on the LET.

Lexi Thompson bagged her fourth LPGA win and first major win at the Kraft Nabisco Championship in 2014. This made her the second youngest women’s major.

She earned her 5th and 6th career wins at Meijer LPGA Classic and the LPGA Keb Hana Bank Championship in 2015 and earned her season earning of $1,763,904.

Her net worth is believed to be $2 million and made it to the Forbes under sports feature in 2019.

Glory Johnson- All About the American Basketball Player