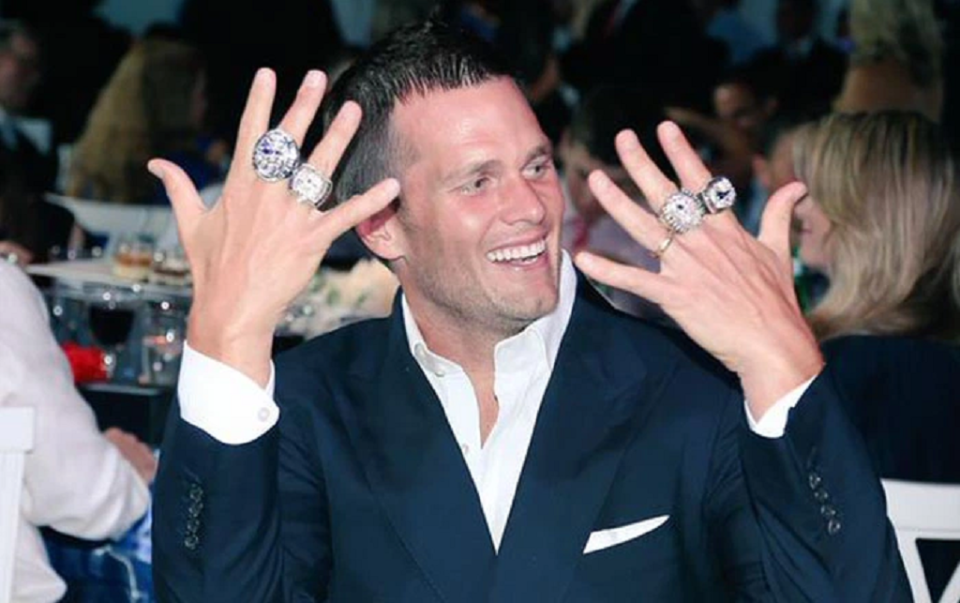 Tom Brady expanded his legacy by raising his seventh Super Bowl in which his Tampa Bay Buccaneers overwhelmed the Kansas City Chiefs with great defense and three touchdown passes from the player with the most titles in history. He was named MVP and sealed a new triumph with a romantic kiss to his wife Gisele Bündchen. Together they have formed a dream family, with a net worth that exceeds 600 million US Dollars thanks to their jobs as an elite athlete with an astronomical salary and as the most sought-after and highest paid international model for fifteen consecutive years. In this article, we take a look at the coveted Tom Brady net worth questioning how he amassed his massive fortune. Let’s get started.

What is Tom Brady’s net worth?

According to Celebrity Net Worth, Tom Brady, who led the New England Patriots to a record six Super Bowl victories in 20 seasons with the team and added one with the Buccaneers after the 2020 campaign, has a net worth of $250 million.

And despite the fact that’s quite an impressive number, the Superstar quarterback’s net worth is less than that of his wife, Gisele Bündchen. The net worth of the supermodel turned business woman is $400 million, Celebrity Net Worth reported.

How has Tom Brady built his net worth?

According to Statista.com, the average NFL quarterback’s career is just 4.44 years which makes Brady’s longevity as an NFL quarterback rare. However, that doesn’t mean Brady is slowing down.

As a free agent in 2020,  After moving on to the Tampa Bay Buccaneers, he led the Buccaneers to an 11-5 record in the regular season, then to their second Super Bowl championship in franchise history.

Following six Super Bowl titles with New England, it was the seventh title for Brady.

The Buccaneers’ 31-9 win over the Kansas City Chiefs in Super Bowl LV came at Raymond James Stadium in Tampa, Florida. This was the first time that a team won the Super Bowl in its own stadium.

In his stellar career with the Patriots, the Superstar quarterback led the team to a record nine Super Bowl appearances.

According to Celebrity Net Worth, the 43 year old has earned $230 million in salary and another $100 million in endorsements. His history of endorsements are not limited to Under Armour, UGG, Tag Heuer and Aston Martin. In 2021, the Buccaneers would sign him a cheque worth $27.5 million.

How did Tom Brady start his NFL career?

The Superstar quarterback earned $231,500 in his rookie season, as a sixth-round pick out of Michigan in 2000. Six other quarterbacks were selected before him in the NFL Draft.

He replaced the injured Drew Bledsoe In his second season and led the Patriots to a Super Bowl upset over the St. Louis Rams. He signed a four-year extension worth nearly $30 million In August 2002 and his numbers have only gone up from there.

When the now 43 year old finally does retire — Brady has said many times that he could play until at least age 45. This means that he will walk away from the NFL as the holder of most major statistical quarterback records.

43 year old Brady also has the most-ever games started with 299 and playoff games with 45.

What does Tom Brady spend his millions on?

Tom Brady and his wife have amassed a fortune with excellent real estate management over the past decade, selling off large mansions for numbers that far exceeded the purchase price. In 2014 they sold the house in Los Angeles to which they were going on vacation to Dr. Dre for 40 million US Dollars (double what they paid years before), and more recently they did the same with the house in front of the Hudson River Park in New York for 30 million and another outside Boston for 33 million a year and a half ago.

Later the player invested in a five-room mansion, a library, gym and a special area for sunbathing in Massachusetts at a cost of $ 4.5 million and in a skyscraper condominium in Manhattan, New York for $ 11.7 million, the latter property then sold for $14 million.

But the great project they have now is to build a mansion in the exclusive Indian Creek area of ​​Miami, an area where Julio Iglesias, Adriana Lima and Ivanka Trump have properties, and where they have made a disbursement of 17 million US Dollars for a property of 465 square meters.

Their goal is to create a totally avant-garde but also ecological home, as both have for years shown their predilection for real food, vegetables and everything natural. Proof of this is that one of his previous houses had a chicken coop to be able to eat organic eggs every morning. However, it is still early for a move, as they currently live for rent in Tampa in a house that belongs to baseball player Derek Jeter and for which according to Tampa Bay Times, the Brady family pays a rent of  62,000 US Dollars a month.

In 2016 Brady paid $ 20 million for an oceanfront apartment in Tribeca.

The jewel in the crown is the Bugatti Veyron Super Sport, valued at two and a half million US Dollars and with a massive 1,200 horsepower.

Part of his fortune is invested in Allen Campbell, a personal chef who also tends to the needs of his wife and three children.

This chef personalizes various recipes to take care of the family’s health through organic food and prepares special diets for the player so that he can perform during his matches.

According to Business Insider, Tom does not own a private plane, but he tends to rent one every time he wants to go on vacation or has to travel for work. He also does it when his family visits him in one of his residences.

The player has been seen attending several high-profile sporting events and holidays, such as the Kentucky Derby, the Brazilian Carnival, the MET Gala, and the 2014 FIFA World Cup.

In social networks, he has shown that he usually goes on vacations to luxury destinations near the beach, in snowy mountains, and in countries such as Brazil, Japan, China, Qatar and Mexico.

As well as spending on luxuries, Brady also directs much of his fortune to charitable causes and organizations focused on the fight against cancer, in aid to low-income countries like Haiti and hospitals.

Although with his wife, Tom Brady amasses an even greater fortune, the family always maintains a ‘modest’ lifestyle compared to that of other Hollywood and sports superstars, such as flamboyant billionaire boxer Floyd Mayweather.

From there, he also plans his jump to the silver screen with the creation of a production company for which he has teamed up with Anthony and Joe Russo, directors of ‘The Avengers’.

Brady has been named the NFL’s MVP four times, an all-time high, and has won six Super Bowls. As his net worth is estimated to be between $ 180 million and $ 200 million, he and his wife have the funds to spoil their kids. Together they form one of the wealthiest marriages among American celebrities, behind Kim Kardashian and Kanye West, and Beyoncé and Jay Z, among few others. The couple has two children, Benjamin, 11, and Vivian, eight. Brady, meanwhile, has another son, Jack, 13, from a previous relationship with American actress and model Bridget Moynahan.

Why Is The NFL Off-Season So Important For Progress?