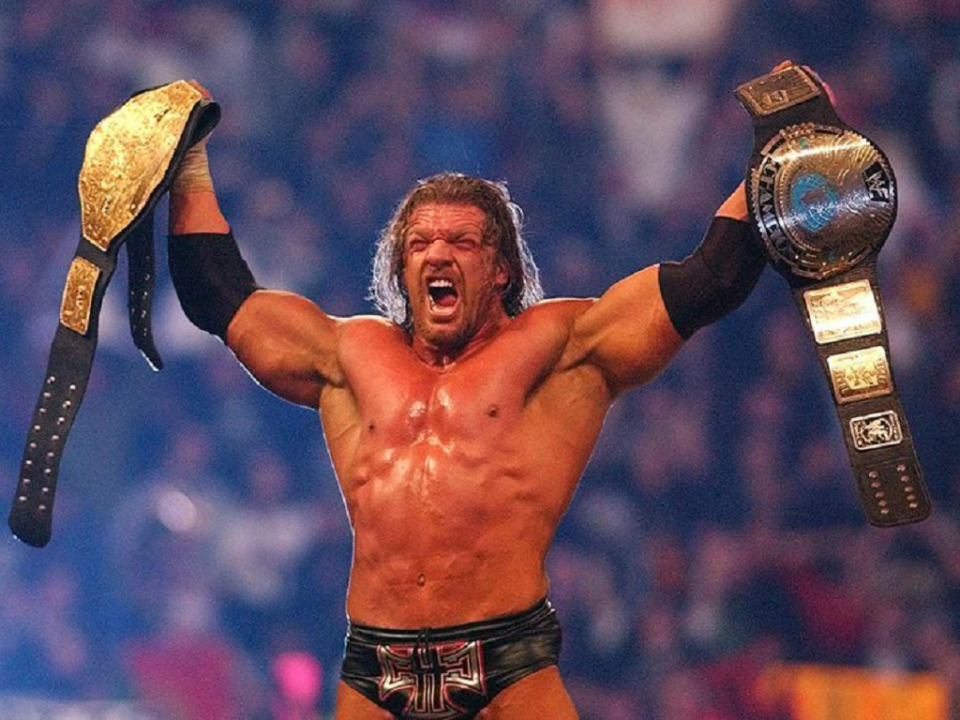 Triple H is one of the most accomplished and popular professional wrestlers of all time. He isn’t just one of the most successful in ring performers of all time, but he has also grown into a career as a business executive and actor. Currently, Triple H serves as WWE’s Chief Operating Officer (COO) and as the Executive Vice President of Global Talent Strategy Development. He is also the founder of WWE’s developmental brand, NXT. He is married to Stephanie McMahon, who is the Chief Brand Officer of the WWE and the daughter of Vince McMahon, the man responsible for the massive increase in popularity of professional wrestling across the globe. Let’s find out more about this legendary WWE superstar.

Triple H: Interesting Things to Know About the Legend

What is Triple H’s real name?

Triple H was born Paul Michael Levesque on July 27th, 1969 in the city of Nashua, in the state of New Hampshire, in the United States. When he started his professional wrestling career, he went by the name Hunter Hearts Helmsley, which resulted in the Triple H acronym.

Which all titles have Triple H won?

Among his achievements, there are fourteen world titles – nine as WWE champion and five as world heavyweight champion. These numbers place him as the third most accomplished wrestler in World Wrestling Entertainment. He has also held the Intercontinental title five times and has held the tag team titles twice, once with ‘Stone Cold’ Steve Austin and once with his close friend Shawn Michaels.

Which are Triple H’s most famous stables?

Triple H is the creator of two important groups or stables: the first is D-Generation X , along with the Heart Break Kid (HBK) Shawn Michaels. And the second, Evolution with Ric Flair, Randy Orton and Batista.

As a child, Paul Levesque was a huge fan of professional wrestling and had Ric Flair as his idol. At the age of fifteen, he began to practice bodybuilding and at nineteen he became Teenage Mr. New Hampshire in 1988. It was around this time that he met the fighter Ted Arcidi, who involved him in the world of wrestling.

Thanks to Arcidi’s recommendation, Hunter entered the Killer Kowalski academy in 1992 and later appeared in the Independent Wrestling Federation under the name Terra Ryzing. There he was heavyweight champion and tag team champion alongside Perry Saturn.

These small triumphs led him to WCW in 1994. In that company, he debuted as the heel character Terra Ryzing, defeating Keith Cole in the match. Later, he changed his name to Jean-Paul Lévesque, a character of French origin, and had a feud with Alex Wright, which ended with a victory for his opponent in the 1994 edition of Starrcade, the biggest event. from WCW. It was around this time that he started using his finishing move, the ‘Pedigree’.

The following year, in 1995, Hunter teamed up with Lord Steven Regal. However, he was not comfortable. He wanted WCW to jump-start his solo career, but since he felt that was not going to happen, he decided to leave.

In WWF (the company later changed its name to WWE), Lévesque chose to call himself Hunter Hearst Helmsley and played a Connecticut-born ‘blue blood’ character. His debut, in 1995, was good, as he defeated Buck Zumhoff in just two minutes and fourteen seconds. Then, he followed up with a winning streak on Raw, beating the popular Samoan wrestler, Rikishi.

Later, he joined the group The Kliq, made up of Shawn Michaels, Sean Waltman, Kevin Nash and Scott Hall, which ended up disintegrating when the latter two left for WCW.

When did Triple H win his first belt?

Months passed and in 1996 he won his first title: the intercontinental championship, by defeating Marc Mero. He kept it for four months before losing it to Rocky Maivia (who would go on to become The Rock).

How was DX formed?

Although with some ups and downs, Hunter’s career continued to climb. And in 1997 he achieved perhaps one of the greatest successes of his life: the creation of the group D-Generation X, along with Shawn Michaels, Rick Rude and Chyna. In addition, he left his blue blood character to show that of Triple H. In the following weeks, X-Pac, ‘Mr. Ass’ Billy Gunn and The Road Dogg would join the stable that was in the making.

In 1998, Triple H injured his knee, but returned the following year to have a rivalry with Stone Cold Steve Austin and Mankind (Mick Foley). The three met at SummerSlam 1999, but Mankind took the victory. Triple H had a rematch the following night on Raw and, with the help of Shane McMahon, was able to win the WWF title for the first time in their history.

In the following months, he had ‘feuds’ with The Rock, Stone Cold, The Undertaker, Kane, Mankind, Kurt Angle and Chris Jericho, characters that marked one of the most shocking moments of Vince McMahon’s company: the Attitude Era (1998 – 2002). They all helped the company win ‘the Monday night war’ against WCW.

A final success for Triple H around this time was his victory at the 2002 Royal Rumble. It was the first time he had won this thirty-man battle and he did so by entering number one. 2002 also saw his return from a serious quad injury. It was one of the most spectacular crowd reactions ever witnessed in the history of WWE.

In January 2003, Triple H formed the Evolution stable with Ric Flair and Batista, and later they added Randy Orton. The idea of ​​this stable was to have in its ranks “the greatest fighters in the world.”

The group dominated Raw for two years and each member was able to own at least one WWE title. Triple H won the world heavyweight belt, Orton the intercontinental, and Flair and Batista won the world titles in pairs twice.

However, the group suffered a rift at Unforgiven 2004. Triple H’s ambition for the top title caused him to betray Randy Orton and thereby won the WWE world belt for the fourth time. For this task, he had the help of Ric Flair and Batista.

Finally, the group disbanded in 2005, with the fight at WrestleMania 21, between Batista and Triple H, where the former took the victory and won the world heavyweight title. The group, however, has had sporadic meetings in subsequent years.

In 2006, Triple H reunited with Shawn Michaels to bring D-Generation X back. They had major feuds with Spirit Squad, with the McMahons, with Big Show, and then with Rated-RKO (Edge and Randy Orton). But an injury at New Year’s Revolution 2007 kept him out of the ring for much of that year and put his career at risk.

The ‘ King of Kings’, as Triple H is also known, returned and, at the end of the decade of the new millennium, continued with his rivalries against Jeff Hardy, John Cena, Randy Orton, Umaga. D-Generation X also returned to face The Legacy (Cody Rhodes and Ted DiBiase), and later Big Show and Chris Jericho. The latter won the unified tag team titles in a Table, Ladders and Chairs (TLC) match.

His confrontations continued against fighters like CM Punk, The Undertaker, or Kevin Nash, until in the early 2010s he began to move away from fights. He did so, mainly, because in 2011 he was appointed as head of operations.

In 2013, together with his wife Stephanie McMahon, he created the group The Authority, a stable that only wanted ‘the best for the company’, and they did not mind going against Daniel Bryan, John Cena, or The Shield.

While in The Authority, Triple H had a strong rivalry with Sting, a true icon of WCW who only joined the WWE at the end of his career. This ‘feud’ culminated in a heads-up at WrestleMania 31, with a victory for The Game.

This fight was reminiscent of ‘the Monday night war’ between WWE and WCW. And just like WWE won that war, so did Triple H against Sting.

As Triple H started getting more involved in an administrative role, he started fighting less frequently. However, he did have some good fights The most notable, perhaps, was his victory at the 2016 Royal Rumble, at a time when the company was not in good shape.

He also has to watch over NXT, a brand that he created and which began airing on television in 2012. In addition, he is involved in the creative process of the Raw and SmackDown stories. And he’s on the WWE board of directors.

In 2001, Chyna quit WWE. Rumors at the time indicated that the company and the fighter had not reached an agreement. But months later, Jim Ross said that she had left for personal reasons.

Fans and specialized media blamed Stephanie McMahon for the departure of Chyna. Well, at the beginning of the new millennium, Chyna was in a relationship with Triple H, but on WWE shows, Triple H began dating Stephanie.

“I found out about the relationship between Hunter and Stephanie in 2001. I had my doubts, he always denied me, but his attitude had changed. I found out when I found a love letter from her to him, which was dated last year. That’s how I knew that his thing had been coming for a year. I called Vince and he said: ‘I suppose you already found out,’ “Chyna told Wrestling Inc.