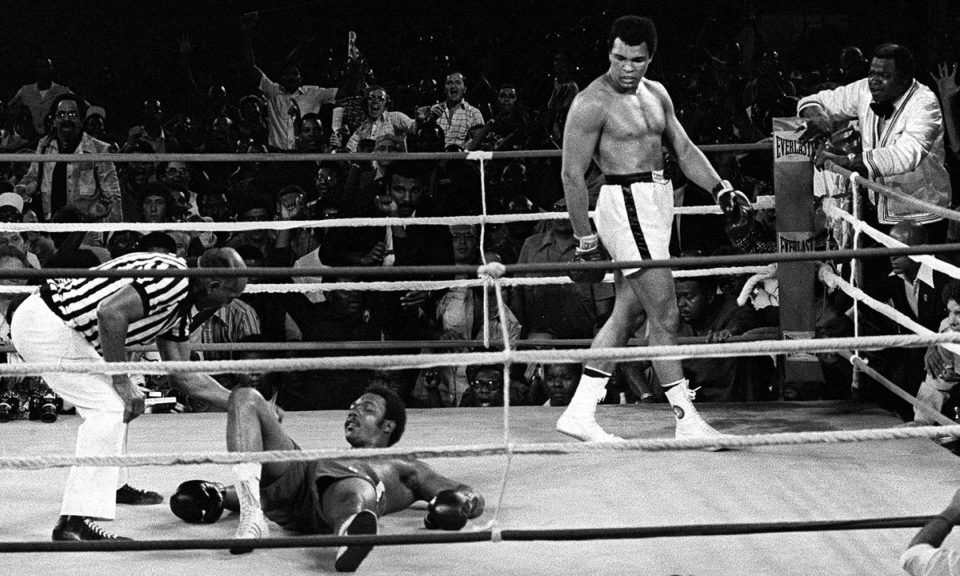 What are the most watched sporting events in the history of televised sports? Once in a while, there is an event so big and so hyped that millions or even billions of people will watch it. This has led to some generational happenings that it seems everybody can remember and will ask: “Where were you when this event took place?”

The definition of “sporting event” is different for everyone, so it is hard to make one specific list. For instance, does the Tour de France count as one sporting event? It is split into a number of stages but if you add up the viewers of all of these stages, we get to the point where the tour has over three billion viewers in total.

Let’s dive into some of the biggest and most-viewed sporting events ever.

Rumble in the Jungle – one billion viewers

This was an incredibly exciting event, which saw a billion people tune in, which, at that time, was one-quarter of the world’s entire population. As Mohammed Ali took on George Foreman in Kinshasa, DR Congo, the fight saw incredible viewing figures all over the globe.

George Foreman was unbeaten at that point, and Ali was already known as one of the greatest sportspeople of all time, so there was plenty riding on the fight. Ali won by knockout in the eighth round in front of 60,000 people at the event, and a billion watching on the box.

This is one of those events that is difficult to measure, but the finals regularly get over one billion viewers in the specific matches, and the World Cup altogether sees over three billion tune in. That’s not far off half the population.

The final in 2018 drew over one billion viewers, with more than three billion watching over the course of the tournament. In 2022, it will be held in Qatar and there are predictions that this will lead to even more interest in the Middle East and Asia, and an even bigger viewership.

As a percentage of population, though, this still doesn’t quite get up there with the Rumble in the Jungle, if we’re talking about one specific fixture.

In 1950, the soccer final was watched in person by almost 200,000 spectators, something that can’t be replicated today due to the fact that, for safety reasons, stadiums have done away with the standing areas that could pack hundreds of thousands of people in.

In the future, the World Cup will also see more teams involved, and the viewership will likely increase.

The Summer Olympic Games are huge all over the world, not least because of the fact that there are always so many countries that take part. This means almost every country has their own interests and events that they will watch. The Summer Olympics feature a lot of the most popular games that are played and watched in the US.

The mix of sports and games that people can watch means there is something for everyone, and this results in viewing figures that hit the billions over the course of the Summer Olympics. It is estimated that around two billion people tune in to the Summer Games.

A similarly huge number of people tend to tune in for the Winter Olympics, split between fans of slightly different sports and those who are interested in some of the more extreme winter events. These sorts of events are huge, even in countries where not many winter sports can be played.

For instance, the winter events get a lot of people from the UK watching, even though there aren’t that many places in the UK where you can take part in some of the games, due to a lack of ice and snow. Skiing and alpine sports are really quite niche, but the Winter Olympic Games only tend to fall slightly below the Summer Games in their viewing figures.

There are billions of people who watch events all over the world, and sports vary massively in popularity. For instance, the Super Bowl is huge in the US, with over 100 million viewers globally, but in some countries, the viewership is tiny for this event. Similarly, in India, cricket is watched by tens of millions but the sport is not really watched in places like South America, where soccer is king.

As the population grows and expands, the viewing figures for certain events are likely to become even more startling.

What to Watch Out for Regarding Online Gambling in Canada