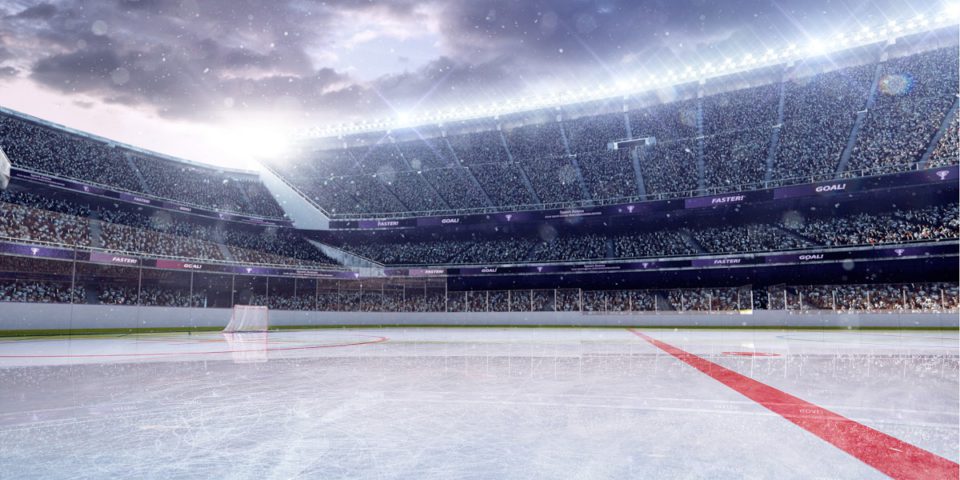 Canadians love sports not only for participation and spectating but also when it comes to betting. Here are five of the most popular sporting categories that Canadians enjoy having a wager on.

The least surprising entry on our list has got to be hockey, the national sport of Canada and one at which the country excels in both team and individual terms. When it comes to the NHL (National Hockey League, an ironic name given it has both US and Canadian teams) there are 32 teams, and seven of these come from Canada. These include the Toronto Maple Leafs, who have 13 Stanley Cups to their name, the Edmonton Oilers (who have won five Stanley Cups and seven each of Conference and Division Championships), and the Vancouver Canucks, who have yet to claim a Stanley Cup but have won an impressive 10 Division Championships. But it’s the Montreal Canadiens with the most impressive record, having claimed the Stanley Cup an amazing 24 times.

Wayne Gretzky hails from Ontario and is widely considered to be the greatest hockey player the sport has ever seen, with a stack of record-breaking stats to make any young hockey fan dream. Perhaps the most impressive is smashing through the 200 points in a season barrier, a feat nobody else has achieved even once but which Gretzky managed on no fewer than four separate occasions. If Gretzky has a rival for the top slot then it’s Mario Lemieux, from Quebec, who was brimming with talent but injury-prone which sadly curtailed his time on the ice. Despite that, Lemieux was a giant of the sport and has become the only man to get his name on the Stanley Cup as both a player and owner. Only Gretzky has a higher points per game average.

The combination of high speeds, hard impacts, and intense technical skills needed to succeed make ice hockey the biggest sport in Canada, and that extends to betting as well as viewing. Many prefer to opt for straightforward win bets, but good odds can be had on predicting the score if you fancy your Delphic abilities. Handicap betting and period betting are other popular markets to bet on with ice hockey.

It is not only sports that Canadians love betting on, as casino games such as slots, blackjack, roulette, and poker are also highly popular in the country. If you’re having difficulty finding the best Canadian online casinos then just consult our handy list of sites that are highly rated in Canada thanks to their winning combination of terrific games, sizeable bonuses, user-friendly navigation, mobile-compatible platforms, and a wide array of banking methods to suit just about everyone. If you want a break from sport or simply love to add slots and table games to sports betting, online casinos are a fun diversion.

Although everyone thinks of ice hockey first, lacrosse is also a national sport of Canada and one of the most popular to watch and bet on. For those unfamiliar, the sticks can look a bit weird as they have a little net at the end. This is used for passing, catching, and shooting the ball. The male version is a contact sport, and requires quite a lot of protective gear, whereas the ladies play a non-contact version. Colleges and universities throughout Canada have their own lacrosse facilities and teams, and participate in both regional and national competitions.

While there is Major League Lacrosse this is a US-only league. The senior level in Canada has two leagues, Major Series Lacrosse and Western Lacrosse Association (both play box lacrosse, which is indoors and has half a dozen players on each team). Every season the leading team from each league competes against one another to try and win the Mann Cup. There is also a joint-US/Canadian league, the National Lacrosse League (NLL) which has 14 teams, five of which are Canadian. Of indoor sporting leagues, only the NBA and NHL have higher attendance figures. Unusually for box lacrosse, the NLL takes place in winter.

Leading betting markets on lacrosse include over/under on the total score and handicap betting, in addition to basic win/loss (aka moneyline) markets.

It’s no secret that Canada’s more a star of the Winter than Summer Olympics, and the country has dominated this event in recent decades. Between 1998 and 2022, the Canadian men’s team won six medals (three gold, two silver, and a bronze) while the women’s team picked up four (two gold, one silver, and one bronze). In 2018, the mixed doubles won gold as well. Canada may be helped by its general winter sports strength and the fact that curling, which requires sliding stones down an ice lane towards a target area, is highly specialized.

Domestically, women compete in the Scotties (formally Scotties Tournament of Hearts) with the eventual winning team representing the country at the World Curling Championships. This used to operate on a round robin formula involving 12 teams, but in more recent years 16 teams have been involved. Since 1927 men have competed in the Brier (formally Tim Hortons Brier), which has usually been held in March. While the winning men’s team do represent Canada at the World Curling Championships, the crowds attending the Brier are actually significantly bigger due to the sport’s popularity in Canada.

As well as being popular to view, many people bet on curling in Canada, with the basic win/loss market being where most of the action is. There are fewer available markets than for some other sports (especially hockey and baseball).

The MLB (Major League Baseball) is one of the richest, oldest, and most popular sporting competitions in the world. In common with many major leagues, it’s one that crosses the American-Canadian border in terms of both audience interest and teams. Or team, to be more precise, as currently (out of 30) there is just one from Canada within the MLB. This is the Toronto Blue Jays, and it’s fitting that they are still in the MLB as they hold a great record. The Blue Jays are the only team outside the USA to win the World Series, a feat they achieved twice consecutively in 1992 and 1993. Other teams in Canada participate in minor leagues, but this has not stopped the sport becoming one of the most popular in the Canada.

Baseball also has an awful lot of betting potential thanks to the nature of the sport. Moneyline and runline markets are commonplace, as are a wide variety of over/under markets. Innings bets are another type of wagering not available with other sports, and gamblers can also put money on the first team to score, multiple types of handicap markets, total runs per inning and plenty more.

Not many people know that basketball was actually invented by a Canadian, James Naismith, who moved to the United States and created the sport in Springfield, Massachusetts in the 1890s. The 21st century has seen basketball rise in popularity in Canada, and, as with baseball, one of the 30 teams in the National Basketball Association (NBA) is from Canada (the Toronto Raptors). In 2019 the Raptors won their first NBA Championship, and also have seven division titles and one conference title to their names. The success of the Raptors helped to grow NBA popularity within Canada, and the very high salaries also make it an enticing prospect for young athletes considering which sport to focus upon.

With its ultra-high frequency of scoring there’s plenty of betting potential when it comes to over/under markets with basketball, and close games can make handicap markets good value too. Title betting can also be a lucrative way to go, provided you bet early enough to snag value.

That brings our look at a quintet of fantastic Canadian sports for both watching and betting to an end. Always remember that luck plays a role, so don’t feel disheartened if your bet does not come off, and only ever bet what you can afford to lose.

Who Are the Jokic Brothers- All You Need to Know!