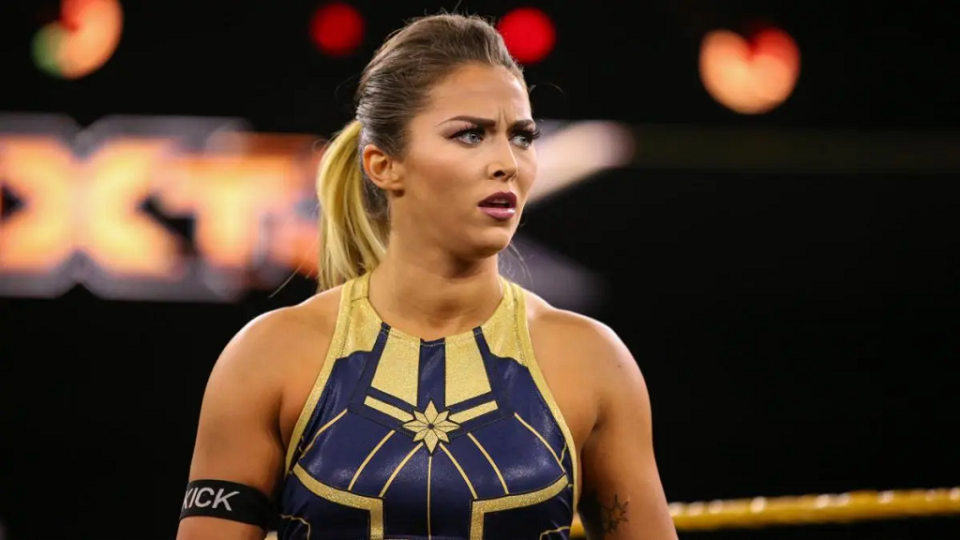 Tegan Nox is a Welsh pro wrestler who performs for the SmackDown brand of the World Wrestling Entertainment (WWE). Her real name is Steffanie Rhiannon Newell and Tegan Nox is her stage name. Tegan Nox has achieved a lot of success as a tag team wrestler and she currently wrestles with Shotzi as a part of Team Shotzi & Nox. Prior to joining the WWE, she also wrestled on the British independent circuit with the ring name of Nixon Newell. She continued with the same ring name while she wrestled at Attack! Pro Wrestling, Progress Wrestling, What Culture Pro Wrestling, and Fight Club: Pro. When she joined the WWE, her name was changed to Tegan Nox.

Which sport did Tegan Nox play as a kid?

In her native Cardiff, Tegan Nox was interested in football since she was little, entering the minor leagues of Cardiff City and even earning playing time with the minor teams of Welsh. Unfortunately, her dream in this sport ended at the age of 16 because of recurring knee injuries.

How did Tegan Nox get into Impact Wrestling?

Tegan Nox went through Impact in an unusual way, she won a television contest and obtained tickets for an all expenses paid trip to Slammiversary XI live. She actually got into Impact Wrestling as a fan.

Is Tegan Nox a master of intergender tag team matches?

Like other fighters, Tegan has no problem competing against men, which is why in her record she has two reigns as champion in pairs with men, one of those reigns was in Attack! Pro Wrestling with Mark Andrews and the other in SWE with PJ Black.

Who is Tegan Nox’s dream opponent?

“Without a doubt it would be Molly Holly, she is not only my favorite fighter, she is also my dream rival”, that’s how Tegan Nox answered the question, a dream that was half fulfilled when both participated in the Royal Rumble, although unfortunately they did not meet in the ring.

How did Tegan Nox start wrestling?

Tegan Nox was a part of the wrestling project of What Culture, she was with them from the beginning and it was for this reason that she ended up being crowned the first female champion of the now-defunct promotion.

What is the origin of her ring name?

Tegan Nox chose her ring name because it’s a common name in Wales. In the Welsh language, Tegan means toy. Her ring surname Nox is inspired by a spell from the Harry Potter franchise. Nox is a wand extinguishing charm and casting this spell leads to the extinguishing of light at the end of the wand. It is also the counter charm for Lumos, the Wand-Lighting Charm.

Tegan Nox opened up about her homosexuality with a post on Instagram where she posed with her partner. She was widely praised for coming out with her sexual orientation in public. Ofcourse, a lot of people criticized her as well, as can be expected. After making the announcement, she spoke in an interview and said that she wasn’t very keen on talking about  her private life in public. She said: “My life has always been a “don’t ask, don’t tell” situation, but I felt like it was the right time, especially when you found the right person that you have a crush on. It was the right time to do that. The reaction has been great. There are some people who obviously disagree with that, but 99 percent of the reactions have been positive. I get text messages from so many colleagues and friends. It was nice. It’s great to see that there are so many nice people in the world.”

Before Tegan Nox announced her homosexuality, she also spoke to Sonya Deville, an openly homosexual WWE Superstar. According to Tegan Nox, speaking to Deville was extremely helpful.