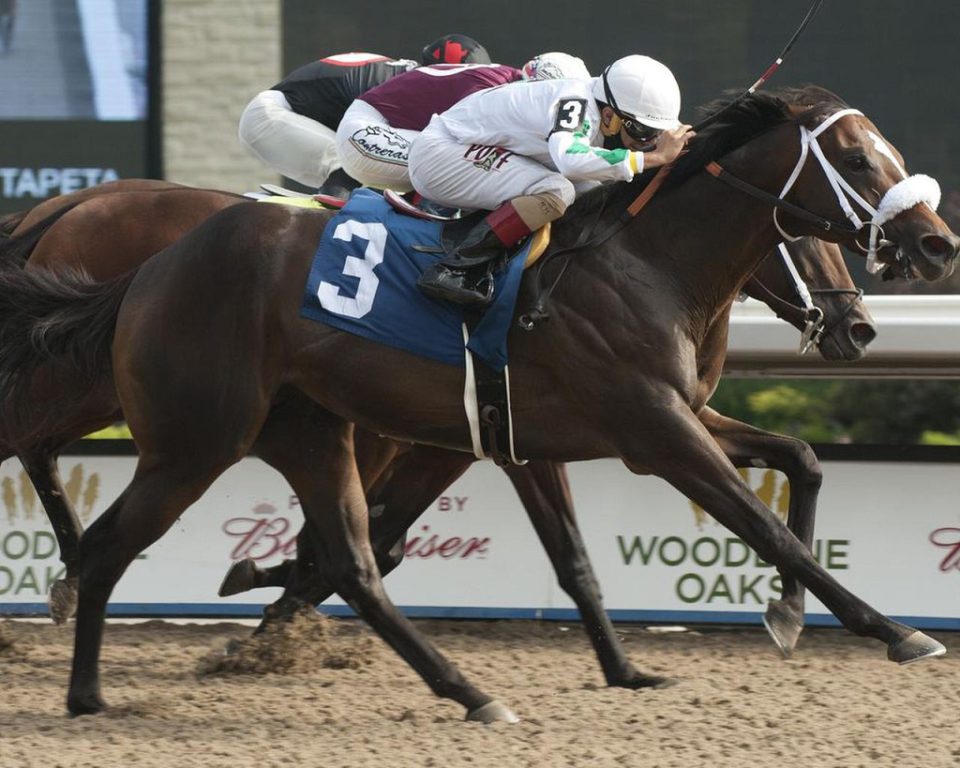 The Queen’s Plate (called the King’s Plate between 1901 to 1952, when the reigning monarch was a male) is Canada’s oldest thoroughbred horse race. This year, 2021, will be the 162nd run of the $1 million Queen’s Plate and the first jewel of the Canadian Triple Crown is North America’s oldest continuously run stakes event. The run race event was first founded in 1860 and showcases Canada’s top three-year-old Thoroughbreds which is the highlight of Woodbine’s Queen’s Plate!  The race is completed at a distance of ​1 1⁄4 miles for a maximum of 17 three-year-old Thoroughbred horses foaled in Canada. The race event occurs each summer, usually in June or July, at Woodbine Racetrack, Etobicoke, Ontario, and is the first race in the Canadian Triple Crown. Last year the 2020 event, originally dated for June 27, was postponed to September because of the COVID-19 pandemic in Canada. This year in 2021, it’s scheduled for August.

1. A Canadian petitioned Queen Victoria to grant a plate for a new race in the territory, during the 19 century:

In the past, Upper Canada was still a colony of Great Britain and the then-president of the Toronto Turf Club, Sir Casimir Gzowski, petitioned Queen Victoria to grant a plate for a new race in the territory in the year 1859.

Next year on June 27, 1860 upon royal assent, the first Queen’s Plate was run at the Carleton racetrack in Toronto, with the prize of “a plate to the value of 50 guineas”.

Despite the name of the horse race, the winning owner is awarded with a gold cup rather than a plate.

2. At first, the race was limited to three-year-olds bred in Upper Canada that had never won a stakes race:

The race was at first run in heats, with the Thoroughbred horse having to win two heats to be declared the winner.

Over the years, the race event conditions have evolved, for example, the heat racing was discontinued in 1879, and the race was opened to stakes winners around the same time (some early records are incomplete).

For many years, the race was open to older Thoroughbred horses and in the early 1900s was even accepting two-year-olds.

The first four renewals were run at the Carleton racetrack. After that, the Queen’s Plate became a “movable feast”, with politicians from all over modern-day Ontario watching it like a hawk and coveting to hold the race in their constituency.

Fifteen different race tracks held the race over the next two decades, with distances ranging from one to two miles.

In 1883, the race shifted to Old Woodbine, situated in eastern Toronto along Lake Ontario.

The race continued to be hosted at Old Woodbine until that track was substituted by “New” Woodbine in northern Toronto in 1956. The race has been run at Woodbine since that day!.

In 2006, Woodbine shifted the track surface for the main track from natural dirt to a synthetic surface known as Polytrack.

In 2016, the surface was replaced by Tapeta. Due to the replacement in racing surfaces, Woodbine maintains several sets of track and stakes records.

However, because these days the race is run over an artificial dirt surface, the modern stakes record is 2:01.98, set by Mighty Heart last year in 2020.

5. This race once became the King’s Plate:

In 1902, the year after Victoria’s demise, the horse race was changed to the King’s Plate, after her successor, Edward VII. It became the Queen’s Plate back again when Elizabeth II came to the throne in 1952.

Horses owned by Windfields Farm have taken home the Queen’s Plate eleven times, but the most successful was the stable owned by Joseph E. Seagram, a prominent distiller from Waterloo, Ontario. Seagram’s stable took home the Queen’s Plate on twenty occasions between the years 1891 and 1935 including eight times in a row between 7 years in 1891 and 1898, and ten times in eleven years from 1891 to 1901.

In 1964, Northern Dancer, the first Canadian-bred horse to win the Kentucky Derby, also took home the Queen’s Plate in his final race.

The 2004-2013 Plate winners had little success in their subsequent horse racing careers. This compares unfavourably to the 1990s when a number of Plate winners had considerable success thereafter, including Izvestia, Dance Smartly, With Approval, and Awesome Again.

Nick Eaves, the former President and CEO of Woodbine Entertainment Group, publicly announced during the 2012 Queen’s Plate post position draw that Woodbine Racetrack may be forced to shutdown in April 2013 due to the cancellation of Slots at Racetrack program partnerships between Ontario’s racetracks and the Ontario Lottery and Gaming Corporation. Eaves said that if Woodbine is not open, “there won’t be a Queen’s Plate.” A new funding agreement was set in place in March 2013, which made sure the continuation of horse racing at Woodbine.

8. The race has been held at a variety of distances:

Queen Elizabeth II, as Queen of Canada, is patron of the event, and various other members of the Canadian Royal Family have been a partaker through the years, starting with the Duke of Argyll and his wife, Princess Louise, Duchess of Argyll, in 1881, when the Duke was acting as the Governor General of Canada and the royal couple was touring Ontario.

Did you know? Queen Elizabeth II’s last visit to the race was in early July 2010.

Will there be a Queen’s Plate Event this year?

Woodbine Entertainment announced that the 162nd  running of the $1 million Queen’s Plate, first jewel of the Canadian Triple Crown of Thoroughbred Racing, will be hosted on Sunday, August 22, 2021 at Woodbine Racetrack in Toronto.

Held at the end of June in past years, The Queen’s Plate was moved to late summer in 2020 and ran on September 12 without spectators due to the COVID-19 pandemic. Despite the spectator restrictions, the beloved one-eyed champion Mighty Heart took over the hearts of sports fans across the nation that tuned in through an engaging Queen’s Plate at Home digital experience.

The historic 2020 Queen’s Plate made the third highest wagering handle in its history.

“While it is clear the impact of COVID-19 will continue to be felt into the new year, we are optimistic that this timing for The Queen’s Plate could give us the best opportunity to welcome guests back at Woodbine Racetrack for the most exciting event on the Canadian horse racing calendar,” said Jim Lawson, President and CEO of Woodbine Entertainment. “We look forward to the 2021 racing season and the opportunity to restore The Queen’s Plate as one of the top social events in Toronto.”

“Woodbine has successfully demonstrated our commitment to the health and safety of our staff, participants and guests throughout these unprecedented times,” said Lawson the President and CEO of Woodbine Entertainment. “We will continue to practice our industry-leading guidelines and entertainment offerings to ensure another world-class Queen’s Plate experience in 2021.”

Visit Woodbine.com and follow @WoodbineTB on social media for more information and the latest #QueensPlate updates. One can also be in attendance for The Queen’s Plate safely with their social bubble at home and by following along @WoodbineTB on social media. You can also navigate through QueensPlate.com for all information, details, and content related to this year’s Queen’s Plate.

What is Queen’s Plate @Home?

Queen’s Plate @ Home is a digital-first experience that will be featured live on Woodbine’s Instagram, Facebook and Twitter channels @WoodbineTB and will help you experience a wide array of exclusive content throughout the entire day.

How can I experience the Queen’s Plate Safely at home?

Here are some safety tips to consider when planning your Queen’s Plate @ Home experience:

How to Wager on The Queen’s Plate?

Wagering on world-class racing is convenient and easy.

Select one of two secure platforms to enjoy all the action on the big day.

If you’re someone who already understands horseracing and advanced wagering techniques download HPIbet, the leading platform for experienced horseplayers!

Woodbine Racetrack: The Legendary Home of The Queen’s Plate