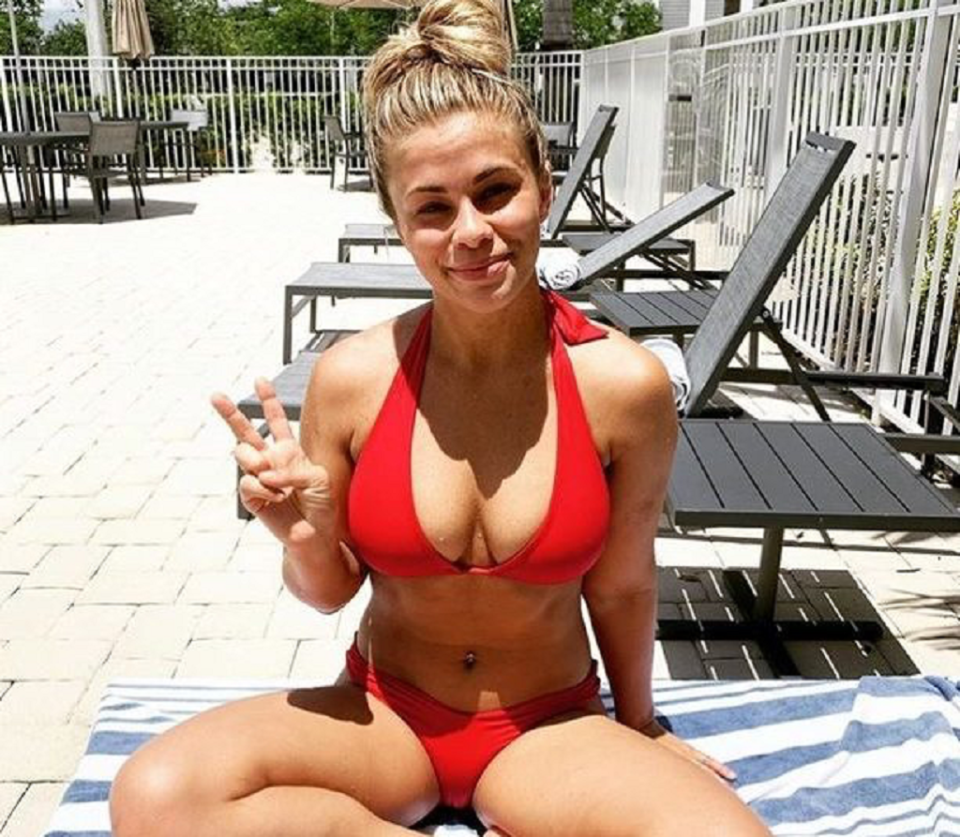 Paige Vanzant is a practitioner of mixed martial arts (MMA) operating within the organization UFC under the category of FLYWEIGHT. At 27, the American is already one of the most famous personalities in MMA and owes her fame to her enormous activity on social networks and outside the rings. Let’s look at these 8 interesting facts about Paige Vanzant’s life.

Paige Sletten grew up in Oregon and started dancing at the age of three in her parents’ dance studio. In her youth, she paddled, hiked, and mountain biked.

2. In her first year in high school, Paige Sletten was harassed:

She writes in her biography Rise: Surviving the Fight of My Life that she was raped by several boys at a party when she was 14 years old. After this assault, the harassment she suffered increased as she was called “Paige Slutton” by fellow high school students. Soon, she decides to change her name to VanZant. She also claims to fight suicidal thoughts and said that free martial arts saved her life.

Paige VanZant should benefit from the support of her many fans around the world. Despite a fight relocated to an island in the middle of the Gulf, the native of Oregon should still draw crowds.  It’s simple, the 27-year-old young woman is an icon in the USA and more than 2.9 million followers are watching her posts on Instagram.

Particularly active on Instagram, Paige VanZant regularly shares pictures of her daily life and that of her husband, also MMA fighter, Austin Vanderford.

Paige VanZant shares her daily life and it is a hit. Subscribers can follow her intense workouts, her hilarious dance sessions or even moments of her daily life, with a lot of (artistic) nudity.

4. Dancing with the Stars:

Paige VanZant’s fame has sometimes taken precedence over her career in sport. Taking advantage of her fame, the American took part in two reality TV shows. In 2016, she distinguished herself in the program Dancing with the Stars. The sportswoman had a superb run before failing in the final and finishing second in the 22nd season of the program in the USA.

A year later, in 2017, Paige VanZant competed in another TV show, Chopped, where several celebrities competed in culinary events. Once again, her competitive spirit allowed her to win and raise $ 50,000 for charity.

5. She has an average record at the UFC:

As for her UFC record, the stats of the American is a little more mixed. After four first fights among the pros between 2012 and 2013 (three wins and one loss), Paige VanZant came to fill the ranks of the UFC. First in the strawweight category and then in the flies, it started off rather well with three inaugural successes.

A submissions specialist, she finally conceded her first loss in the Octagon to Rose Namajunas in December 2015. Since then, Paige VanZant has played four more fights in the UFC for two wins and two losses, bringing her total in MMA to eight successes (four defeats) in twelve fights.

In addition to her appearances on television or on social networks, Paige Vanzant’s main feat may be her presence as a model in the prestigious swimsuit issue (“Swimsuit Issue”) of Sports Illustrated magazine in the summer of 2019.

8. A reassessed contract led to a million:

Adored on social networks, Paige VanZant managed to diversify her income. Through numerous partnerships and sponsored publications, the fighter even confided to earn more money with her ancillary activities than during her appearances in the octagon. This is a situation that prompts her to think about her future and put pressure on the leaders of the UFC with the Bare Knuckle Fighting Championship.

She signed a new very lucrative deal reportedly worth over $1 million and said: “I feel like a regular overtime isn’t what I want, and I want to prove my worth and my worth… and a new contract,” the fighter told ESPN reporter Ariel Helwani

“I’m really excited to have this opportunity and to really test free agency. Because how do you know what you’re worth if you’re not up to it among the other sharks? ”