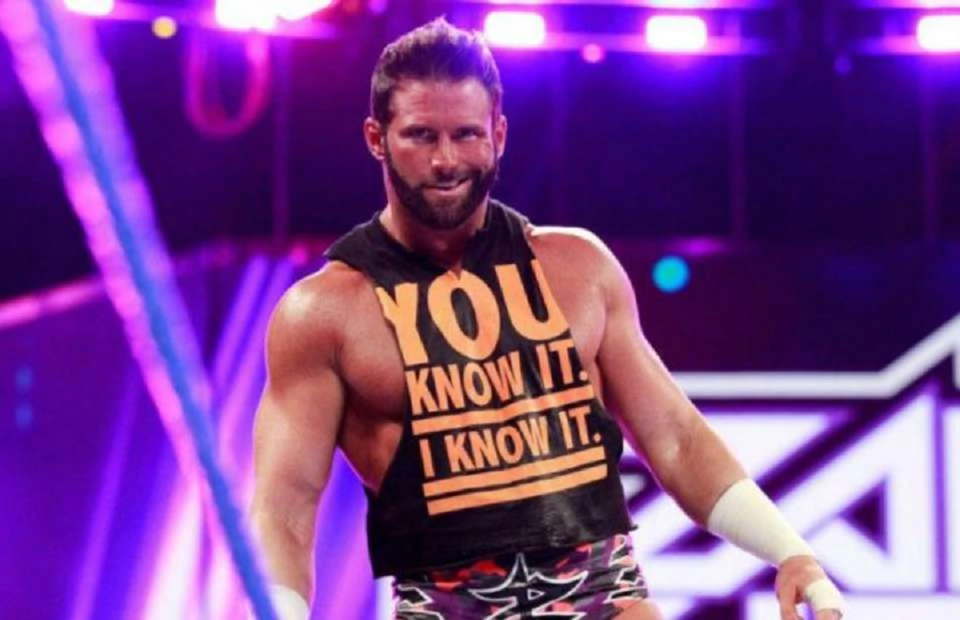 Matt Cardona is an American professional wrestler who rose to popularity in the pro wrestling world during his stint in the World Wrestling Entertainment (WWE) under the ring name Zack Ryder. Though he never received a push for the WWE Championship, the “broski” was immensely popular with the fans and woo woo woo, you know it. After the WWE, he moved to the All Elite Wrestling (AEW) and currently performs with his birth name for Impact Wrestling. Let’s find out more about him.

Matt Cardona: All You Need to Know

What was Matt Cardona’s crowning moment with the WWE?

Matt Cardona, who went by the ring name of Zack Ryder in the WWE was crowned the Intercontinental Champion at Wrestlemania 32, a career of more than 10 years in WWE, where despite the fact that in most of them he has been in the background, the truth is that he has won what could be even better than any title there is. He won the respect and admiration of the WWE Universe, which prevented his memory from fading in the minds of the fans.

How did Matt Cardona start his pro wrestling career?

Matt Cardona’s career began at an early age. When he was only in his 20s, he came to WWE as Zack Ryder, hand in hand with who would become his partner for many years,  Curt Hawkins. Despite his youth and lack of experience, Ryder would quickly start appearing in the main events. Together with Hawkins, he would help Edge win the World Heavyweight Title and then create a powerful and entertaining stable called The Edge Heads. In that aspect, Zack Ryder would be fundamental in the fight for the Championship, where he would pose as Edge in his fight against  Batista and The Undertaker.

After the association with Edge, Ryder and Hawkins would have a long history as the Major Brothers, which even led them to win the Tag Team Championship. However, his reign would be short and at a time when the Championship was not very relevant, since there were two belts and few contenders. Although they recurrently appeared in pairs, after the departure of Hawkins, Ryder began to have a solo career, which was not very successful.

Matt Cardona or Zack Ryder was a visionary: At the time when the term YouTuber meant nothing, Ryder began to use his long free moments to start his own Reality show on the network. The Z! True Long Island Story, it became the platform he needed to be taken seriously by a WWE that saw no future in him. To cap off an impressive 2011 following his Reality Show, he would win the United States Championship at TLC against Dolph Ziggler.

Its impact would be, however, very fleeting, since, despite popular support, Ryder would return to the back of the dressing room, rarely making the main event. After three years, where he was practically wiped off the map, Ryder’s career seemed to take its last path, when he was demoted to fight in NXT. However, Ryder would once again slap fate taking advantage of the opportunity of any kind of notoriety, to show himself this time in tag team again, with Mojo Rawley.

How was Matt Cardona’s cancer history revealed to the world?

Zack Ryder would continue to surprise everyone again, winning the Intercontinental Title at Wrestlemania and although that honor would only last 24 hours, the truth is that the moment lived in the most important event of the year, he will never forget it, as well as the millions of fans on Social Networks, the house where it has been most successful. After his Championship, Ryder was consulted about what motivates him in his career and was surprised to confess that when he finished high school, he suffered cancer in the extremities, which threatened to spread to the rest of his body, for which he had to have surgery and long chemotherapy sessions, fortunately with great success.

Zack Ryder celebrated his birthday with a motivating message on Social Networks, where he commented that despite having lived the best moment of his career at Wrestlemania since again this month it seems that his situation has deteriorated, this “New Age” has brought him the inspiration to say that his career is just beginning and that the best is yet to come.

When did Matt Cardona sign with All Elite Wrestling (AEW)?

Former WWE Superstar Zack Ryder (Matt Cardona) made his AEW debut on the July 29, 2020 episode of AEW Dynamite. In his first outing, he saved his old friend and current TNT Champion, Cody, from an attack by The Dark Order. The following week on AEW Dynamite, Matt Cardona teamed up with Cody to defeat Alex Reynolds and John Silver of The Dark Order. Cardona later confirmed that his AEW contract is a short-term deal for only 5 dates. Cardona spoke during an appearance on Bro Bible’s “Not About Wrestling” about his short-term contract with All Elite Wrestling and his plans with the promotion. He aid:

“Yeah, so I only have a couple of dates signed, but I didn’t just go there to buy a new shirt, you know? I am there for the long term. That is the goal. This is the plan. Show the world what I can do: Win some championships, have fun and there’s a great atmosphere there. ” You know, the last two weeks I was there, I loved it. It was great. You know, it was weird being like the new kid at school. You’re meeting all these new friends and things like that, but you know, the online reception has been great. A couple of haters, whatever, it’s going to happen for a lifetime, but I was happy with my performance and I can’t wait to do more with them.”