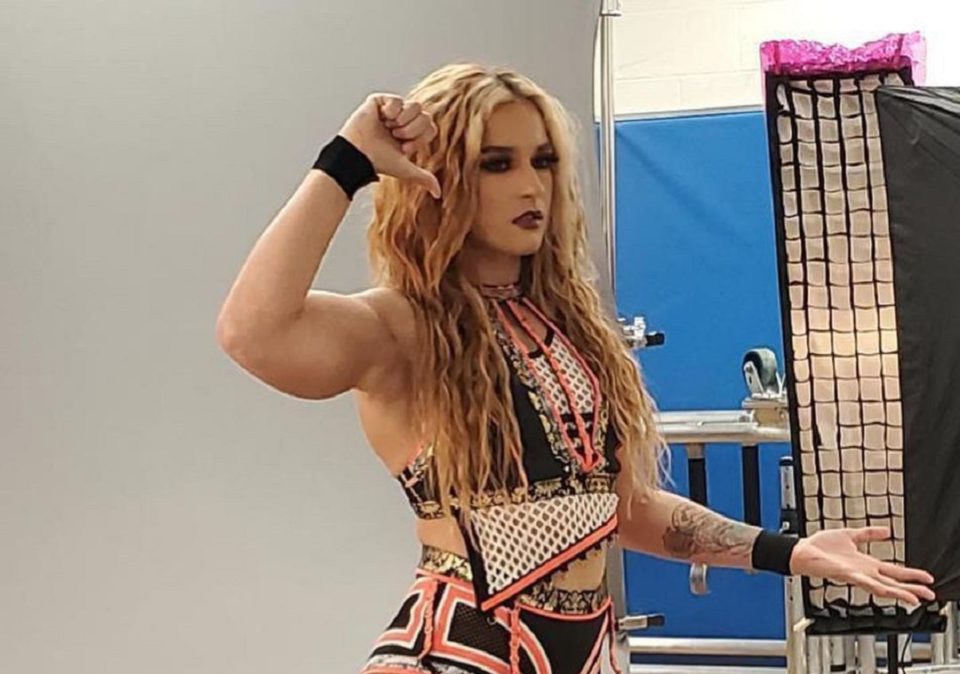 Paige Wooding who fights under the name Jamie Hayter is a British professional wrestler who is currently competing in All Elite Wrestling under the name Jamie Hayter. She is best known for her appearances on World Wonder Ring Stardom, Revolution Pro Wrestling, and Pro-Wrestling: EVE and various other independent European companies. Hayter has once been a British RevPro Women’s Champion. She was also once Champion of the Goddesses of Stardom with Bea Priestley (on one occasion).

Who is Jamie Hayter?

A 26-year-old fighter born in Southampton, England, Paige Wooding would adopt the name of Jamie Hayter. After her debut in 2015, that managed to place among the most prominent of the British independent scene, Jamie Hayter’s work at Revolution Pro-Wrestling and World Wonder Ring STARDOM would allow her to garner fans around the world, winning multiple titles in Japan and the UK.

After her professional career began, she mainly worked on the independent European circuit. In addition to REV Pro she has fought in Pro-Wrestling: EVE. She has also done it in the prestigious Stardom company.  Although it is worth highlighting her 700-day reign as BLW Champion in the defunct Big League Wrestling.

In 2019, the 24-year-old made appearances on All Elite Wrestling in various matches as a Dynamite junior talent. In 2020, the fighter would have a televised match on NXT UK against Piper Niven. We must also remember that Jamie Hayter had a fight in NXT UK in 2019 ; then she lost in less than two minutes to Piper Niven (now Doudrop on Raw) on television. And that same year she also had two matches in AEW Dynamite ; in October she lost a heads-up to Britt Baker and in November she joined forces with Emi Sakura to beat Riho and Shanna.

Through their social networks and website, All Elite Wrestling officially confirmed the hiring of Jamie Hayter as an active wrestler of her company in Aug 2021. The female wrestler surprised Pittsburgh fans who witnessed the debut of AEW Rampage. After defending her Women’s Championship in the main event, Britt Baker began a series of attacks against Red Velvet. When Kris Statlander jumped the fence to defend the challenger, Jamie Hayter appeared in street clothes and attacked Kris before celebrating alongside the champion to close out the show.

Hayter made her professional wrestling debut on May 25, 2015, in a loss to Jinny Couture. At the end of June, Hayter made her Revolution Pro Wrestling debut at the RevPro Contenders 11 event defeating Zoe Lucas. In mid-2018, Hayter was victorious against Jinny to bring home the RevPro British Women’s Championship for the first time in her career.

Jamie Hayter’s stint at RevPRO ended abruptly when the company announced that she had accepted an offer to test in WWE. At the moment the reasons for her sudden change of course are unknown, or if her recruitment by AEW will allow her to return to the British company.

In 2017, Hayter participated in the Pro Wrestling Chaos company in the tournament to crown the first Champion of the Maiden of the Chaoss after defeating Dahlia Black in the quarterfinals and was eliminated in the final against Session Moth Martina.

In mid-2018, Hayter made her debut for the Japanese company World Wonder Ring Stardom by entering the 5STAR Grand Prix 2018, which she failed to win, finishing with 5 points. In early 2019, Hayter joined the Kagetsu-led stable Oedo Tai.

On April 19, 2019, Hayter made her WWE special appearance on the NXT UK brand, losing to Piper Niven.

On October 23, 2019, Hayter made her guest appearance on All Elite Wrestling on the episode of Dynamite, losing to Dr. Britt Baker D.M.D. During a backstage interview, Brandi Rhodes would attack Hayter. She returned on November 6 at Dynamite teaming up with Emi Sakura who managed to defeat Riho and Shanna.

On August 13, 2021, Hayter would make her return to AEW on the debut episode of Rampage, helping Dr. Britt Baker D.M.D. attacking Red Velvet and Kris Statlander. Soon after, it was announced that she had signed with AEW making her an official member of the roster.

The fighter surprised Pittsburgh fans who witnessed the debut of AEW Rampage. After defending her Women’s Championship in the main event, Britt Baker began a series of attacks against Red Velvet. When Kris Statlander jumped the fence to defend the challenger, Jamie Hayter appeared in street clothes and attacked Kris before celebrating alongside the champion to close out the show.

It should be noted that there are still no details related to the duration and conditions of her new contract at All Elite Wrestling.