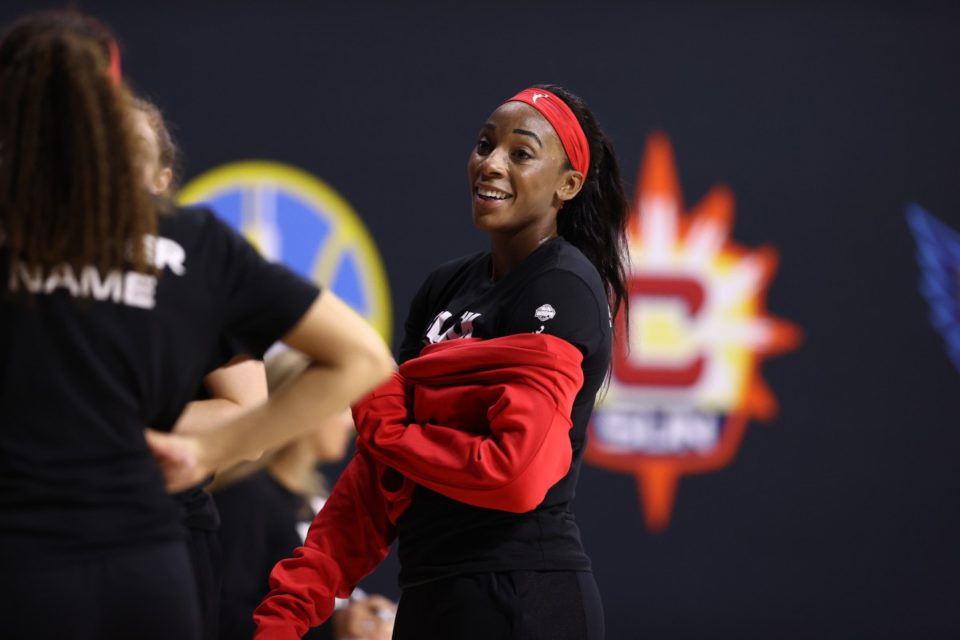 Glory Johnson is one of America’s highly valuable players for the Turkish club Besiktas. She represented Team USA at the 2011 Summer Universiade held in Shenzhen, China and earned six gold medals in the same. She scored 6.2 points every game, had nine steals and secured the second position overall.

In this article, we will talk more about her career, personal life, professional accomplishments and much more.

Glory was born on the 27th of July, 1990. She is 6’3” tall and weighs 77 kg. Glory Johnson started her undergraduate education in global studies at the University of Tennessee-Knoxville in 2008. She also completed her master’s degree during her fourth year of basketball eligibility.

Glory’s father is an engineer and her mother serves as an ICU nurse. As her father used to travel a lot for work, her mother worked all-nighters to serve her family. She used to work at night so she can support Glory with her Basketball dreams during the day.

Glory Johnson is the youngest of all siblings, with 3 sisters and 1 brother. She is very close to her sisters particularly.

She went to Webb School of Knoxville. Just like her mother, she was very hardworking and used to have extensive practice hours in basketball. She was a part of the Tennessee Lady Volunteers basketball team at university where she also got a lot of media attention. She made 1643 points in the 141 games she played with the team, and also made a 36 double-doubles record in college.

Tulsa Shock selected Glory Johnson for the first round of the WNBA draft in 2012. She was ranked 4th in steals per game in her rookie season. She took maternity leave in the year 2015.

In 2016, one month after her return, Glory was suspended from WNBA on the grounds of domestic violence. She averaged 11.3 ppg in 18 games with 6 starts. Also, during Glory’s comeback season, she recorded the league’s 16th 20-point, 20-rebound performance in a game against the Phoenix Mercury when she scored 23 points along with a personal professional achievement of 22 rebounds.

In 2017, Glory Johnson continued to score double-doubles in rebounds which she was famous for scoring. This year, she also points with scored a season-high 27 points in an 87-83 win over the Washington Mystics. She was also named the Western Conference player of the week from July 31 to August 6th 2017. On August 19 2017, Glory recorded her 13th double-double of the season, with 23 points and 13 rebounds in a 90–86 win against the Atlanta Dream. She was suspended in that game after she punched the Dream’s point guard and couldn’t play the next game.

2018 was a very challenging year for her overall as she had a few injuries that caused her to play off the bench, and it lowered her overall career statistics. Glory played 29 games with 17 starts and averaged her career lows in scoring and rebounding.

From 2012 to 2015, Glory played 3 off-seasons in Russia for Chevakata Vologda and Nadezhda Orenburg. She signed a WCBA contract with Xinjiang Tiashan Deers in November 2016. She also signed a contract for Turkish League with Hatay BB in the 2018-19 off-season.

Glory Johnson was known to be engaged to fellow WNBA player Brittney Griner in August 2014. However, they soon broke up the following year in April 2015 as both women were arrested for physically abusing each other in their Goodyear, Arizona home.

They still stayed married till May 2015 and announced their pregnancy soon after in June 2015. Johnson gave birth to twins, which were 16 weeks premature and were conceived through IVF treatment using sperm donation.

The divorce of the couple was announced in June 2016. Glory Johnson has not announced any of her other dating plans after that.

1. How old is Glory Johnson?

2. How tall is Glory Johnson?

Yes, as of 2022, Glory Johnson still plays for the WNBA team Atlanta Dream. She has also played for the Turkish league.

4. Who is Brittney Griner’s current wife?

Brittney Griner was married to Glory Johnson from 2015-2016, after which the couple got divorced on the grounds of domestic violence. Brittney is now married to Cherelle Griner, 2019- present.

What Happens if You Default on a Car Loan?

How to Bet on Basketball Legends With Esports