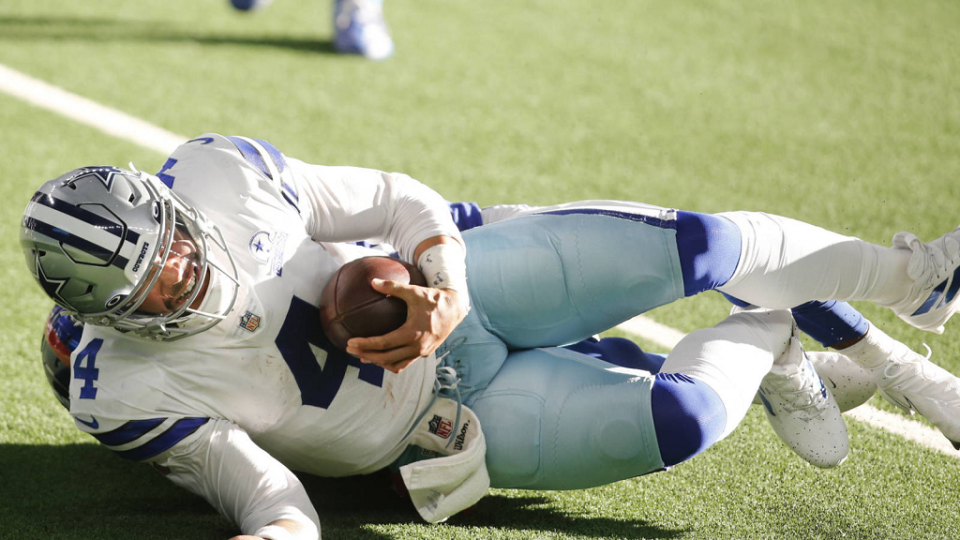 In September 2021, American football quarterback Dak Prescott was ready to play four weeks after the Cowboys’ first appearance in the NFL preseason, in the team’s regular-season opener against the reigning Super Bowl champs. The man has made a comeback and is ready to battle it out after many people questioned whether the Dak Prescott injury saga would go on and on.

Dak Prescott Injury: The Quarterback Is Officially Ready To Play

Rayne Dakota Prescott has been absent from the preseason because of a latissimus strain in his right shoulder that was reported on July 28. The Cowboys and head coach Mike McCarthy didn’t seem to be too nervous about Prescott making a quick recovery. They were right.

Prescott’s first game action since Week 5 last season was the matchup against the Buccaneers. The footballer left that game after suffering a compound fracture and dislocation of his right ankle.

At the time of his injury, he led the league on passing yards with 1,856 yards in five games.

Who is Dak Prescott?

Selected in the fourth round in the 2016 draft of the National Football League (NFL) by the Dallas Cowboys, Rayne Dakota Prescott started in his first season.

Rookie of the year, he along with Ezekiel Elliott one of the best starting duos in NFL history.

As a Quarterback, he was selected to the 135th place of the draft in 2016 of the National Football League (NFL) by the Dallas Cowboys, in order to have a player capable of learning alongside quarterback Tony Romo.

He made a remarkable start to the season by leading the Cowboys to a record of 8 wins for only one loss in week 10, a first since 1977 for the franchise. During this same period, Jerry Jones, the owner of the Cowboys, does not hesitate to compare what happened between Dak Prescott and Tony Romo to the injury of Drew Bledsoe and the tenure of Tom Brady which were carried out with the Patriots of New England.

What is Dak Prescott’s injury called?

Why Is The NFL Off-Season So Important For Progress?