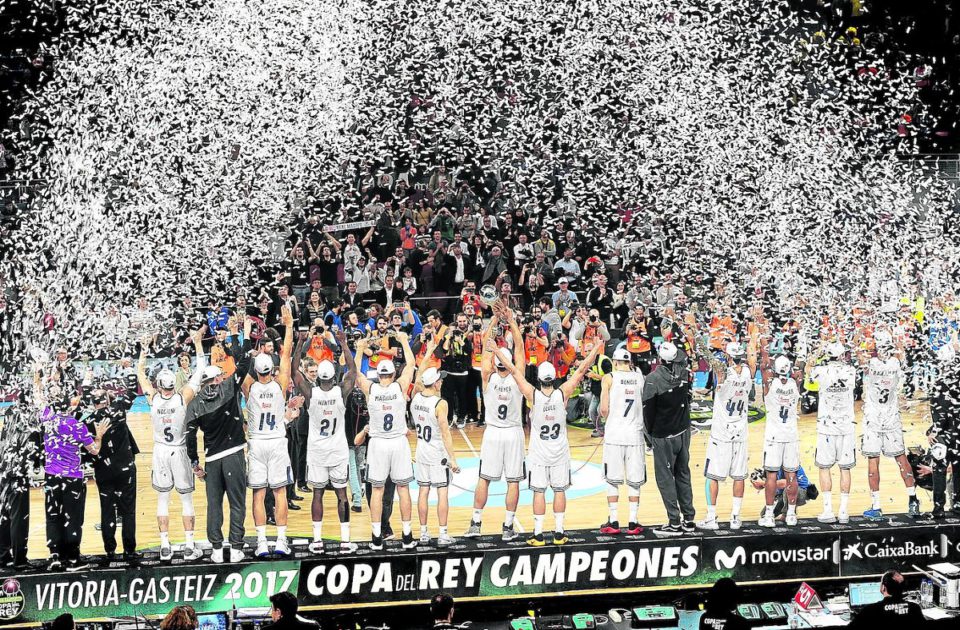 An annual Spanish basketball competition, the Copa del Rey Baloncesto is organized by Spain’s top professional league, the Liga ACB. The tournament has reportedly been held since 1933 and 40 years later (during the Franco era) it was called the Copa del Generalísimo, and later the Copa del Rey (since 1977). Since 1987 it has been played according to the Final Eight mode. Most interestingly, the top seven in the league and the home team automatically qualify for the cup halfway through the season.

Copa del Rey Baloncesto is played as a four-day playoff tournament at a fixed location. The Cup was played in its latest rounds (until ACB’s establishment in 1983) as a double-legged series and its last and final as a single game in a neutral venue. There was a group stage as the first round in several seasons.

A Final Four format was adopted between 1983 and 1986. At the end of the first stage qualified for the tournament, the two best-qualified teams from the two groups of the Liga ACB.

Since 1987, the tournament has been expanded to a Final Eight format which we see nowadays. Since the league is based on a round-robin single group playing system with the top seven teams at the end of the first half of the regular season from the Spanish League and the host one, if it is not between these teams, qualify for the tournament.

The eight teams match up against each other during a knockout tournament at one venue, over four days, eventually giving a winner.

When is Copa del Rey Baloncesto in 2022?

One of the highlights of the Spanish sporting calendar, this year the Copa del Rey Baloncesto  will begin on Thursday, 17 February and finish on Sunday, 20 February.

The ACB announced the schedules of all the matches of the Copa del Rey 2022, (see below) which will be played in Granada between February 17 and 20.

The competition will begin on Thursday 17 February, with the first two crossings quarterfinals, which will be at 18:30 and 21:30 hours.

On the next day, Friday, February 18, there will be close quarters encounters with identical schedules on Thursday, also at 18:30 and 21:30. The two semifinals will be played on Saturday 19 also at 6.30 pm and 9.30 pm. The first competition will be a match between the winners of the first two quarterfinals, while the second match will be played by the winners of Friday’s quarterfinal matches.

Finally, the King’s Cup will end with the final on Sunday 20 February at 18.30. Regarding the sale of tickets, this Tuesday, December 21, the tickets to attend the Copa del Rey will be available on the ACB website, starting at 12:00.

According to information we saw in November 2021, the final phase of the Copa del Rey basketball 2021-2022 will be held at the Municipal Palace of Sports in Granada in lieu of the agreement reached between Junta de Andalucía and the ACB.

In a statement, the ACB explained that: “since the Andalusian city does not have a club in the Endesa League to act as host, the eight best-ranked teams at the end of the first league round will participate in this edition”.

The tournament held from February 17 to 20 thus returns to the city where the first final phase of the Copa del Rey was played in 1992. The thirty year gap between these two tournaments marked a milestone in the history of the competition.

Almost thirty years ago the tournament hosted the edition held in 1995 and highlights the signing of an agreement with the Granada City Council for the development of the Cup and its tourist spaces in the city.

The Copa del Rey returns to Granada since the final phase was held in 1995 and eight teams classified will fight for the title at the Municipal Palace of Sports in Granada, which has an approximate capacity of 10,000 spectators and where, in addition to the final cup matches of 1992 and 1995, the Super Cup was played in 2005 and several matches of the Basketball World Cup in 2014, in addition to other major sporting and cultural events.

Prices range between 150 and 650 euros. The national basketball league has also released the prices for tickets that include four quarter-final matches, two semi-finals and the grand final. The prices range between 150 and 650 euros for seats in the stands, while to experience the Cup at the foot of the track, the tickets will have a price of 1,500 euros.