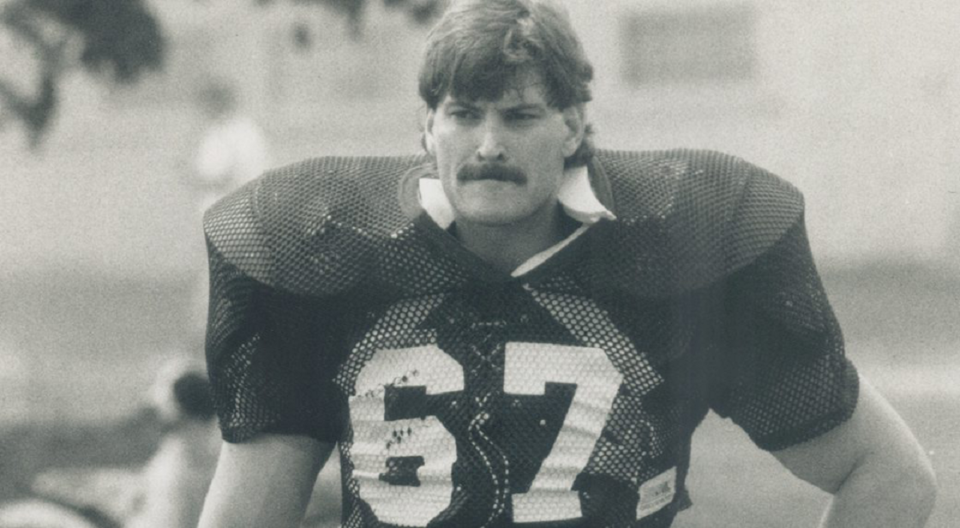 If there is one story worth telling, partly because of the impossibility of it all, it is the story of  Chris Schultz, remembered by his co-workers!

Imagine a kid you knew in high school, maybe that giant of a kid who sat next to you in a science class, not only going out to play college football in America, but going from defensive lineman to offensive lineman in Arizona, then surprisingly being selected at the end of the famous 1983 John Elway-Dan Marino-Jim Kelly NFL Draft and surprising everyone by starting with an offensive tackle for the Dallas Cowboys!

Chris Schultz: 5 Noteworthy Events Of Remembrance After His Death

The former player and analyst Chris Schultz died aged 61 and his death came as a huge surprise!  Chris Schultz, who played in the NFL and CFL before becoming a football analyst on the station TSN, died from a heart attack.

Schultz, a 6’8 ” (2.03m) player, was selected by the Dallas Cowboys in the seventh round of the NFL Draft  in 1983. He played with the Texas team from 1983 to 1986, before returning home to wear the uniform of the Toronto Argonauts. He was also on the CFL All- Star Team twice in nine seasons with the Argos.

He won the Gray Cup with the Argos in 1991 and  in 2016 was inducted into the Ontario Sports Hall of Fame. After completing his playing career, Schultz became a commentator on TSN and on Argonauts Radio.

Commissioner Randy Ambrosie, who was Schultz’s teammate with the Argonauts, highlighted his social and community involvement.

Chris Schultz was called the “Big Man” for more reasons than just his stature. He had an extraordinary personality. He had this ability to make you think as easily as he could make you laugh. He had a keen on-screen presence on CFL on TSN, and his analysis in every game was informative, entertaining, and influenced by his passion. His playing career has taken him across Canada and the United States. My former teammate, our friend, had a big heart. Bigger than one might have imagined. This has been seen in his relentless engagement with the Purolator Hunger Blitz program. When he spoke publicly about his work with food banks and what it meant to him and to families in need,his sincerity and empathy ran deep. These moments not only made the purpose of this program more necessary than ever, they forced those who contributed to want to do better, to want to be a little more like it. His death leaves a gaping hole in the big CFL family. I think it’s appropriate to say to yourself that we will have to fill this absence in his image: with passion, optimism and kindness. Let us be in memory of our “Big Man”.

On his first start in 1985, the big kid from Burlington, later referred to the drafting day and the day he was told that he had made the US team as some of the happiest days of his life.

3. Schultz died on the same day as Walter Gretzky:

IIn a crazy chance of happenstance, he died on the same day as Walter Gretzky, the anniversary of John Candy’s death. The CFL football sportscaster was a giant figure in Canadian football for the past 34 years.

He played offensive tackle for the Cowboys, was named Argo of all time after nine great seasons in Double Blue, and spent years on radio and television talking about the game, explaining the game, helping us to feel a little smarter about football.

Even though he knew football, modern communication was something that he struggled with.

Cell phones, emails, text messages and social media – it was for the kids and even when he wrote a column for TSN.ca he often wrote it by hand, bringing it into the bathroom and drafting it to be typed on the website.

When he first started on Twitter he wasn’t quite sure how it worked. He had verbal snatches with people online thinking the communications were private. In a funny twist, the network took over his account and needed his password.

5. After his death, broadcaster Rod Smith said he once convinced Chris Schultz to do this:

“He didn’t know what he was going to say and he was nervous about it,” Smith said. “We talked about it on the road to school. I introduced him and told him he was going to be fine. And he got up there and took charge of the place, talking about training, commitment and teamwork, and whatever that means.

“I had known him for 20 years at this point and I had chills listening to him. I couldn’t forget how strong his message was, how he looked them in the eyes and they looked in his. The connection was established. And when he was done, it made me want to go downstairs and do 100 push-ups. I was so motivated”.

This was the magic of Schultz, he could play and talk. His perspective was deeper and broader and in a locker room sense, he was the most interesting man in this world.