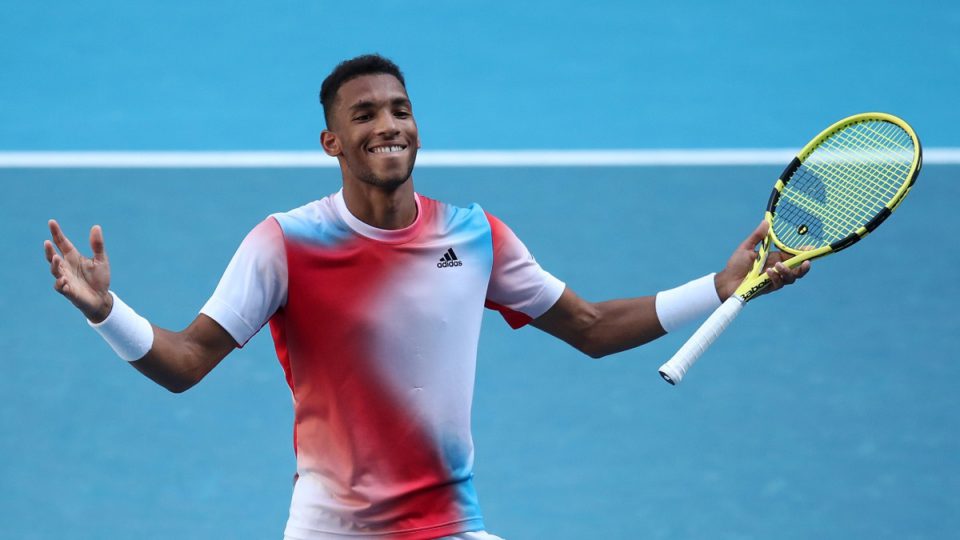 With three consecutive runs to the quarter-finals or better in his last 3 Grand Slams, Canadian Felix Auger-Aliassime is starting to fulfil his potential on the ATP Tour.

Such is the promise that he showed as a teenager, that is scarcely believable to think that Auger-Aliassime is still only 21 years of age and whilst he clearly has his best years ahead of him, there is a growing sense of anticipation over what he could achieve within the game.

Having not reached the last 8 in a Grand Slam previously, Auger-Aliassime showed all his spirit and determination to knock out Alexander Zverev at Wimbledon in 2021, before he was defeated by eventual finalist Matteo Berrettini at the All England Club in the quarter finals.

Auger-Aliassime went one better at the US Open later on in the season, defeating the likes of Frances Tiafoe and Roberto Bautista Agut, to reach his maiden Grand Slam semi-final at Flushing Meadows.

Ultimately, he found eventual champion Daniil Medvedev too hot to handle in the last 4 but his run earned Auger-Aliassime a place inside the world’s top 10 in the ATP rankings.

2022 started in a similar vein for Auger-Aliassime, who played a huge part in Canada winning the ATP Cup in Australia at the start of the year, before once again he enjoyed a strong run to the last 8 of the Australian Open.

From a potential winning position at 2 sets to love up, Auger-Aliassime contrived to lose the match – once again to old foe Medvedev but he now looks to be coming of age at the biggest events and he is a genuine contender in every tournament he plays.

Despite the fact he identifies clay as his favourite surface, Auger-Aliassime has endured first round defeats on his two previous appearances at the French Open at Roland Garros, but he will be out to continue his good Grand Slam form in 2022.

In a congested betting market, Auger-Aliassime is currently +3500 odds at bet365 Canada to go all the way in Paris and win his maiden Grand Slam title at the French Open in 2022.

Fresh off the back of his 21st Grand Slam title win at the Australian Open, Rafael Nadal will once again be the man to beat at Roland Garros.

At the ripe old age of 35, Nadal still looks to be at the peak of his powers and how the Spaniard would love to add another Grand Slam to his collection in Paris.

He has already won the French Open a remarkable 13 times and with his game tailor made for clay, he could be very difficult to stop at +125 at the 2022 French Open.

For all the furore surrounding Novak Djokovic at the Australian Open, the Serbian world number one remains unvaccinated and his participation at the French Open is similarly unconfirmed.

He is the defending champion at Roland Garros and now has work to do in order to catch Nadal at the top of the all-time Grand Slam singles title list.

At +225, Djokovic is sure to be in the mix once more in Paris if he participates and few play the role of party villain better than the Serb.

Elsewhere, key contenders line up in the shape of Stefanos Tsitsipas and Dominic Thiem – two men that have been beaten in the final at Roland Garros previously and at +600 and +800 respectively, both look very much in contention once more at the 2022 French Open.

Daniil Medvedev was born on February 11, 1996 in Moscow – a Russian tennis player, one of the most rated tennis players in the world at the moment, the second racket of the world in singles. In 2021, Medvedev won the Grand Slam tournament at the US Open, in addition, the tennis player entered the finalist of three Grand Slam tournaments in singles at the US Open in 2019. Daniil Medvedev has been involved in various sports since childhood, such as swimming, tennis, and also showed interest in chess. He entered the Physics and Mathematics Lyceum as an external student.

Felix Auger-Aliassime is a Canadian tennis player, just like Medvedev is the owner of the cups of the prestigious Tennis Championships. In 2019, he won the Davis Cup as part of the Canadian national team, in addition, he won one ATP tournament in doubles. The Canadian tennis player is the holder of the title of the former second racket of the world among youths. In 2016, he won the US Junior Open in singles and in 2015 in doubles.

E-wallets expected to surge in the market for bettors