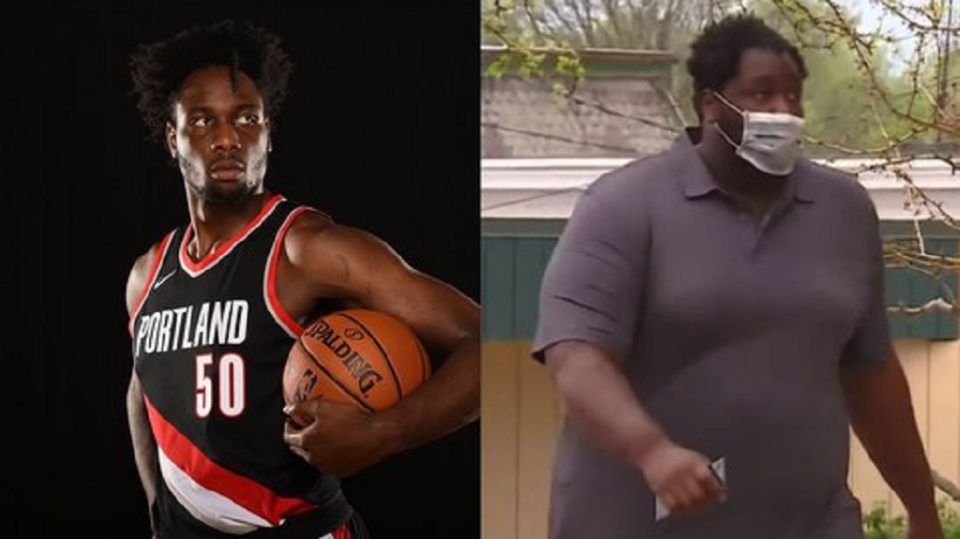 Caleb Swanigan is a player that most NBA fans might not remember. He never had a great impact on the court and he did not stand out as a superstar in his pre-NBA career either, but his story should be known, especially since he is following in the footsteps of a person who died at a very young age, due to diabetes. Caleb Swanigan’s story has quickly turned into one of the worst falls from grace tales in recent memory. Let’s find out more about him and his current situation.

Caleb Swanigan: How It All Went So Wrong?

Who is Caleb Swanigan?

Caleb Swanigan is a 2.08-meter power forward who was born in 1997 to a rather poor family in Indiana. In fact, his entire childhood was spent in homeless shelters in Indianapolis and Utah, so he had a very difficult time. All these problems originate with his father since he had a serious addiction to “crack” (cocaine) and a great eating disorder, which kept him obese and caused diabetes that ended up causing his death when Caleb Swanigan was just 16. On the other hand, he had his mother: Tanya. However, she had six children to take care of, so Swanigan grew up under harsh financial conditions, consuming a junk food-heavy diet.

How was Caleb Swanigan’s childhood?

The world of addictions was not only close to him because of his father, but he was also able to notice it because of the people around him in the shelters. He would see people getting high in front of him, young enough to really understand it, but Swanigan always knew that it was no good, although later it would be the cause of several of his problems.

However, a glimmer of hope appeared in the 13-year-old boy’s life. One of his brothers managed to talk to sports agent Roosevelt Barnes, about adopting him and putting him to play in Fort Wayne, located in the Indiana district. There, he completely changed his physical condition and showed a great aptitude for basketball, which led him to win his team’s first state title and be invited to the McDonald’s All American game. And as if that were not enough, he managed to be named as “Mr. Basketball” in this same state.

When he had to make the leap to college, he had no major problems finding scholarship opportunities, as many offers came through. However, after accepting a proposal from Michigan State, Caleb ended up staying at Purdue, the native of the state of Indiana. There he stayed another two years, although he ended up taking off in his last year with the Boilermakers, scoring 18 points and grabbing 12 rebounds per game. He also went on to win the NCAA Division 1 conference player of the year award.

He was later drafted in 2017, ranked 26th in the first round, by the Portland Trail Blazers. He had an average career in the NBA for two years, without pain or glory. The Trailblazers player averaged 3.0 points and 4.7 rebounds while playing around 13.3 minutes per game. He only played in 20 games for the Blazers. After playing for two G-League teams, he was traded to the Sacramento Kings, where he also played very few games, struggling to get playing time.

How did Caleb Swanigan’s problems begin?

Finally, he returned to the franchise that chose him in the Draft and this was where his problems began. In an NBA season severely affected by the coronavirus, Caleb decided not to participate in the Orlando bubble and completely disappeared from the scene. As a free agent, he has no ties to any team, so he was not heard from for several months. However, a video of him was leaked, where his physique had completely changed: he was really overweight (almost 150 kg), something that he apparently could not overcome.

Quickly, Damian Lillard came out to defend and support him, justifying that it is not really known what may go through his head. In addition, he explained that a bad way can make a big man gain weight.

However, his situation worsened on December 23rd, 2020. Caleb Swanigan was arrested for possession of drugs, specifically marijuana. In his native state, the use of this drug is prohibited, unless it is for a medicinal purpose, but he found himself with almost a kilo and a half of this drug, amounting to over $3000.

As he took charge from the first moment of his mistake, the former player was sentenced to only 180 days of community service, along with treatment regarding addictions, as the judge was concerned about the amount of cannabis that the young man was found with.

Caleb Swanigan was an athlete who barely stood out for his game, but he went through many obstacles in his short life, to reach the best league in the world. It would be a shame if this example of life is overshadowed by the vices that ended up killing his father. Hopefully, Caleb Swanigan is able to recover from this eventually. While a second shot at an NBA career is almost impossible now, he can definitely bounce back and live a dignified life.