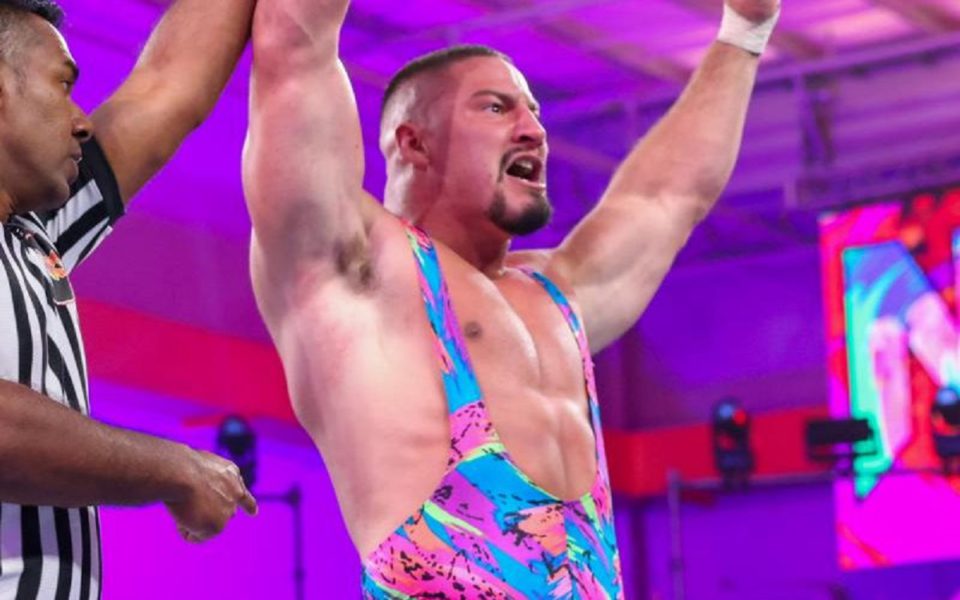 The new NXT format made one thing clear to us, from now on we will have more characters and many new faces, one of them is Bronson Rechsteiner or Bron Breakker, a man who immediately rose as the fighter with the most projection, immediately entering a story with the champion. Tommaso Ciampa. Although he is a newbie, Bron has his story and in this post, we will talk about it.

Bronson Rechsteiner: All You Need to Know

Who is Bronson Rechsteiner?

In February 2021, WWE announced a new addition to its Performance Center, after months of rumors, they had finally signed Bronson Rechsteiner, son of former tag team champion Rick Steiner and nephew of the extremely popular “Big Poppa Pump” Scott Steiner. Bronson Rechsteiner is a second generation WWE star who was born in 1997. At just 23 years old, he is definitely one of the stars of the future to watch out for.

What did Bronson Rechsteiner do before becoming a pro wrestler?

Before entering the business that made his father and uncle famous, Bronson Rechsteiner grew up in Woodstock, Georgia, where he showed promise as a sportsman from the start. He specialized in American football, although blood also carried him along the path of wrestling and he eventually became an amateur wrestler. During his college years, he not only entered the soccer team, where he would go through the defense and even offense being a promising running back, but he also competed in the area of ​​wrestling, where he won the AAAAAA Georgia Class state championship (220 lb weight class) in 2016.

After college, he entered Georgia’s Kennesaw State University where he began studying criminal justice, secondary since his priority was the soccer team and the wrestling team. In 2020 he had to make a decision and for that reason, he decided to opt for football, being hired by the Baltimore Ravens as a running back, however his stage in the NFL would only last the preseason period since he would be discarded a few weeks later.

Did Bronson Rechsteiner play in the NFL?

How did Bronson Rechsteiner become a pro wrestler?

With the door of football closed, Bronson Rechsteiner jumped into wrestling, training and competing in the event “WrestleJam 8”, winning his debut bout, after that he caught the attention of WWE who quickly signed him.

What is Bronson Rechsteiner doing in the WWE right now?

Bronson Rechsteiner, now known simply as Bron, is taking his first steps in NXT 2.0, two weeks on TV where he left everyone surprised and that curiously at the moment he has not been allowed to name the fighting family behind him. This has been done to ensure that he can carve his own legacy and not just ride along with his illustrious father and uncle’s names. As a pro wrestler, Bronson Rechsteiner has shown a lot of promise and is expected to be a star in the future.

Who were some of the wrestlers who joined the WWE along with Bronson Rechsteiner?

A new promotion of wrestlers has joined the WWE roster. Mike Johnson, from the specialized portal PWInsider, reported that a score of superstars was summoned to the Orlando Performance Center to start their journey in WWE, after signing their new contracts. Bronson Rechsteiner, Parker Boudreaux, Cora Jade, Zoey Stark, Gigi Dolin, Anthony Henry, Blake Christian and Christian Casanova were the most prominent names, to which has been added that of the former Knockouts champion Taya Valkyrie in the last hours.

This afternoon, WWE has officially announced the arrival of a new promotion of superstars to the Performance Center, the largest in history, including a total of 10 women, another record number. The company has confirmed the ten names that Mike Johnson advanced. Among the novelties, Shaun Ricker, formerly known as Eli Drake, who already made his debut in NXT under the pseudonym  LA Knight, and Harlem Bravado stand out.