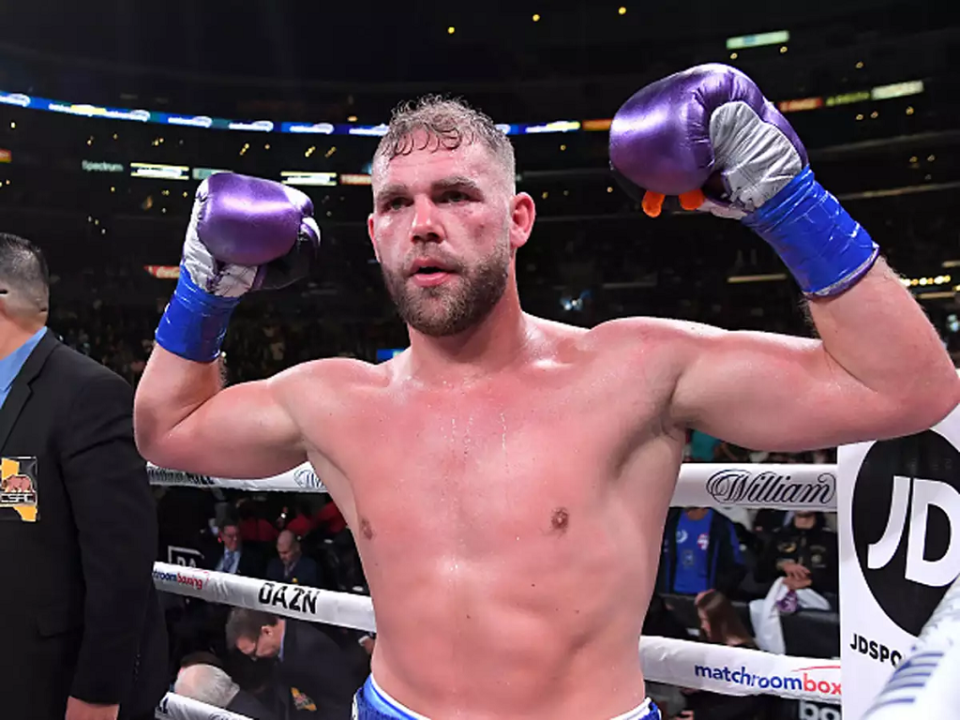 As the date approached and expectations rose, over 70,000 fans gathered at the AT&T Stadium in the midst of the pandemic and the main reason had a name and surname, Saúl Alvarez el “Canelo”, who put three titles on the line against Billy Joe Saunders from the WBO in the 168 pounds super middleweight class. Despite the fact that the odds in the bets declared the Mexican as the undisputed favorite, the fight was not easy for anyone and it ended with a medical retirement for Billy Joe Saunders after he suffered an orbital bone fracture. Prior to the fight, Billy Joe Saunders had raised concerns about the fight being fixed. While not even remotely close to the level of stardom of Canelo Alvarez, Billy Joe Saunders has had quite a controversial life and career so far. Let’s find out more about him.

Billy Joe Saunders: All You Need to Know

The first thing to keep in mind is his outstanding fight record, as he was undefeated in his career before fighting Canelo Alvarez, with 30 wins, 14 of them via knockout.

When was Billy Joe Saunders born?

The Englishman was born on August 30th, 1989 in Cheshunt, England, but where he began to sow his boxing essence was near the city of Hatfield, in a community of Romany travelers, who among various things practice boxing without gloves and where his great-grandfather, Absalon Beeney, established himself as a benchmark in the discipline and remembered to this day.

Here he carved out his boxing style and began his amateur career, which consisted of 49 fights along with gold medals at the Commonwealth Championships and the Strandya Cup, in addition to his silver medal at the Olympics. After that outstanding performance at the 2008 Beijing Olympics, he began his path to national and European stardom between 2009 and 2014.

He made his professional debut in February 2009 after winning the silver medal at the 2008 Beijing Olympics.

After his first professional fight against the Hungarian Attila Molnar, he passed 11 fights until his first national title in 2011, with the British title of the south zone; However, European stardom came in 2014 with the middleweight crown of the European Boxing Union against the Italian Emanuele Blandamura. This eight-round victory put him on the table to begin their pursuit of world titles.

When did Billy Joe Saunders win his first world title?

A year later he played in his first fight for a world title, that of the WBO at middleweight against the Irishman Andy Lee on the Manchester Arena, which he retained in three more fights, until he made the jump to super middleweight of 168 pounds.

The belt that he defended against Canelo Alvarez was obtained in May 2019 against German Shefat Isufi by unanimous decision. He has defended it twice more against Argentine Marcelo Coceres in November 2019 and against British Martin Murray, in December 2020, both in twelve rounds.

The negative aspects to mention and that exemplify his personality begin with the last sanction he received by the British Boxing Control Board in March 2020, when his license was provisionally revoked for publishing a video on social networks where he showed how to knock out a woman. He later apologized and stated that he would donate part of his next prize money to the fight against domestic violence.

This is not the only controversy in which he has been involved, because in August 2018 and prior to his defense of the middleweight title, he failed an anti-doping test for oxilofrine, for which he was suspended for five months by the World Boxing Organization (WBO), which is why he was stripped of the middleweight title and that eventually helped him move up in the category as soon as the sanction was revoked.

How many children does Billy Joe Saunders have?

Billy Joe Saunders has an 11-year-old son, who features extensively in his social networks and who was previously in all the news for a video where he drove his father’s Ferrari.

How many Instagram followers does Billy Joe Saunders have?

Billy Joe Saunders has a little over half a million followers on Instagram. Within his Instagram profile, he presumes a relationship with Tyson Fury and previously published posts with messages of improvement, pride and macho or derogatory messages, which are still present, in addition to constantly publishing his achievements, fights and exposing part of his personal life.

How much did Billy Joe Saunders earn in his loss to Canelo Alvarez?

Billy Joe Saunders pocketed a cool 8 million dollars in his fight against the Mexican beast Canelo “Cinnamon” Alvarez. The fight was held at the AT&T Stadium in Arlington, Texas. Billy Joe Saunders suffered an orbital bone fracture in the eighth round and retired from the match. Canelo Alvarez was declared the winner by RTD (Referee Technical Decision)

What did Billy Joe Saunders say about his Canelo Alvarez fight?

A month before the fight, the controversial Billy Joe Saunders lit the fuse by declaring that the fight against Saúl Álvarez could be rigged.

The Englishman said that the Mexican already had plans for a next rival in September, in addition to that they had allegedly lied to him that the function would be without people, and it turns out that almost 70,000 people will enter.

“When people make other plans before this plan is realized, it is due to certain things. Perhaps the fight is already arranged and the results are already predisposed. We know that there is a lot of corruption in boxing, so two things: either the results of this fight are already fixed or the dice are going to roll fairly for everyone, ”Saunders told iFL TV.

Why was Billy Joe Saunders suspended from the British Boxing team in 2008?

As an amateur boxer, prior to the 2008 Beijing Olympics, a woman in France complained that Saunders had engaged in lewd behavior at a training ground and was suspended from the British team.

Did Billy Joe Saunders offer drugs in exchange for sex to a crack addict?

One of the most widely publicized Sanders scandals occurred almost three years ago for a video in which the Englishman humiliated a woman by offering her sex in exchange for drugs.

Saunders was driving a Rolls Royce and is seen talking to a crack addicted woman who was offered £150 worth of drugs in exchange for sex.

At that moment a walking man appears. Saunders and his friends tell the addict to hit him because he is a policeman and that they will give him the drug if she assaults him, something the woman does and the others laugh. The British boxer had to apologize later in a video.